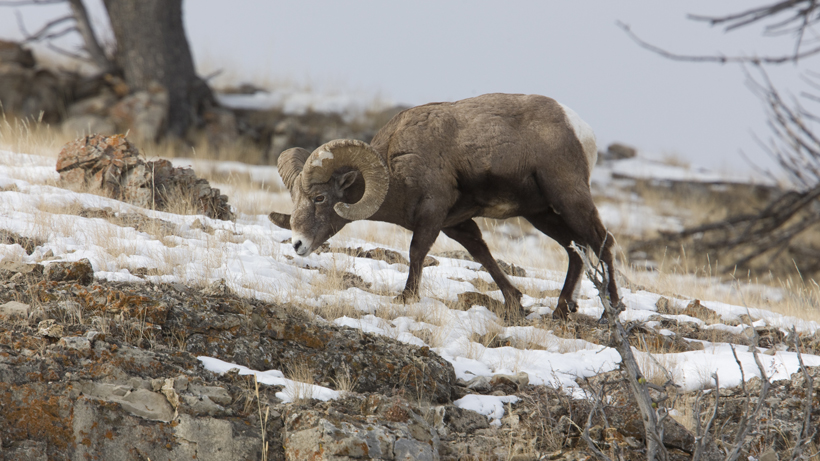 Last January, 25 ewes and five rams were relocated from Montana to North Dakota in an effort to return bighorn sheep to their historic habitat. And now, biologists say that the two herds, which were released on tribal lands in western North Dakota, are doing better than they could have expected.

This transplant was funded through KUIU's Conservation Direct initiative which was the first-ever 100% company and customer-funded sheep transplant resulting in the creation of three new sheep herds, two in North Dakota and one in Utah.

When the bighorn sheep were released on Mandan, Hidatsa and Arikara Nation lands, 20 of the ewes were pregnant, according to The Bismarck Tribune. In September, when North Dakota Game and Fish Department (NDGFD) biologists surveyed the animals, they counted 19 lambs, which NDGFD biologist Brett Wiedmann said, “is phenomenally good,” adding that “even 10 lambs would have been a success.”

“We certainly have a cushion here to have a really good first year,” said Wiedmann.

And tribal members are pleased with the successful relocation, too.

“It sounds like the genetics, the herd, the habitat are all a good formula,” said MHA Tribal Councilman Cory Spotted Bear.

While the lambs still have a winter to get through and will have to ward off potential predators, Wiedmann is hopeful, especially considering how mild the winter has been so far. NDGFD plans to do another lamb count this month to see how they are faring.

NDGFD has been co-managing the herds with the Three Affiliated Tribes Fish and Wildlife Division (TATFWD). TATFWD will take “sole management” of the bighorn sheep herds in 2022.

“This (co-managing) process is just sort of training them on how to manage bighorns, the survey methodology and disease testing and these sorts of things,” said Wiedmann.

As to whether there will be a bighorn sheep season in the future, that’s still to be determined. Right now, biologists say that the earliest a season could be added is still five or six years away.