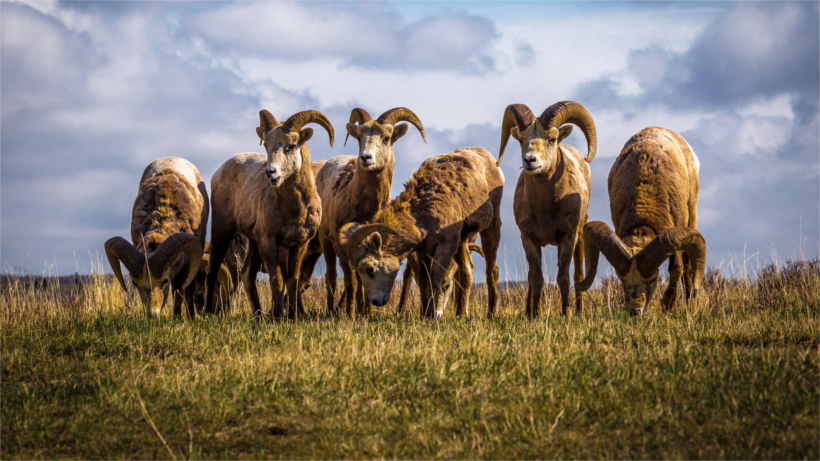 North Dakota bighorn sheep are making a comeback following several hard years plagued with disease and die-offs. While the 2015 season was canceled due to low numbers following a massive pneumonia outbreak, the 2016 season is on and, for the eight lucky hunters with tags, this could be one of the better years to be sheep hunting in the state.

While North Dakota Game and Fish (NDGF) officials promised a season this year, the number of tags was still undetermined during the March application period as NDGF planned to determine how many would be offered following the completion of the 2016 survey. Despite nothing concrete, 10,380 hopeful hunters still applied for a coveted tag, according to Inforum.com.

While 2015’s bighorn counts were promising, NDGF didn’t know if that would be a similar trend for 2016. Fortunately, it was (although hunters had to wait until survey results were tallied in late August to find out how many tags NDGF would release for the season). According to Inforum.com, the July/August survey found an 18% increase in the number of rams in the badlands, which was fantastic news.

Based upon these positive numbers, NDGF wildlife division chief Jeb Williams says that “the agency wanted to provide as much hunter opportunity as possible.”

Yet, Wiedmann warns that disease pathogens are still within the population so the current rebound could only be temporary. Biologists plan to conduct another survey in March to count lambs. This will help determine overall recruitment as well as survival and give researchers insight into how sustainable the current herd really is.

Regardless, Weidmann says, “Use them or lose them. We have big, healthy rams out there that are in wonderful shape and we don't want them to die of pneumonia.”