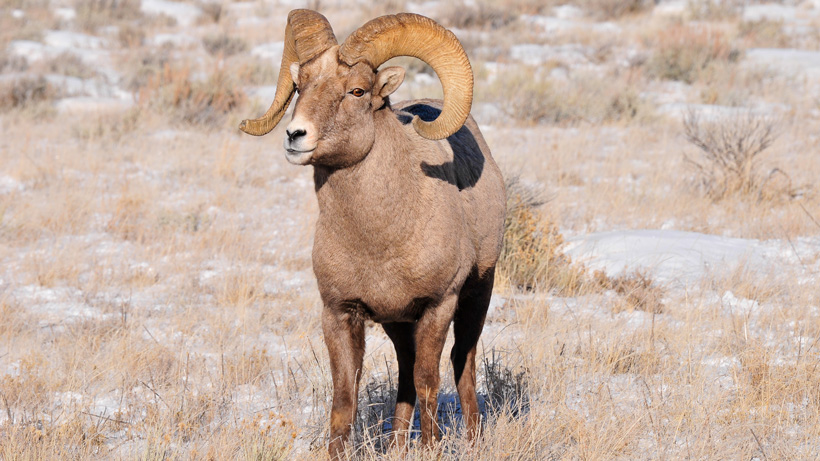 This week, the North Dakota Game and Fish Department (NDGFD) released the numbers from its 2021 bighorn sheep survey, which included another lamb count earlier this month. The good news? The population is thriving and up 4% from 2020 and 15% above the five-year average. Biologists counted 335 bighorn sheep – 99 rams, 175 ewes and 61 lambs – across North Dakota, according to the agency.

“We were encouraged to see the count of adult rams increase to near record levels, and adult ewes were at record numbers,” said Brett Wiedmann, NDGFD big game biologist. “Most encouraging was a record lamb count corresponding with a record recruitment rate.”

While the southern badland population was the lowest it’s been since 1966, the northern badlands population increased 6% since 2020, marking the highest bighorn sheep count ever recorded there. And the bighorn sheep relocated in January 2020 from Rocky Boy’s Reservation in Montana to the Fort Berthold Reservation are also thriving – their population has almost doubled in only two short years, according to the agency.

Across the state there are about 450 bighorn sheep, which is close to the hopeful benchmark of 500 that Wiedmann thought “improbably just a few years ago” as the state experienced a pneumonia outbreak. While biologists did notice “several bighorns coughing during the 2021 survey,” overall, there’s currently a low prevalence rate of the disease, according to Dr. Charlie Bahnson, NGDFD veterinarian.

What does this mean for hunters? A 2022 season is tentatively on-deck and will be confirmed on Sept. 1 once the summer population survey is completed. Last year, there were five licenses and four hunters successfully harvested rams.