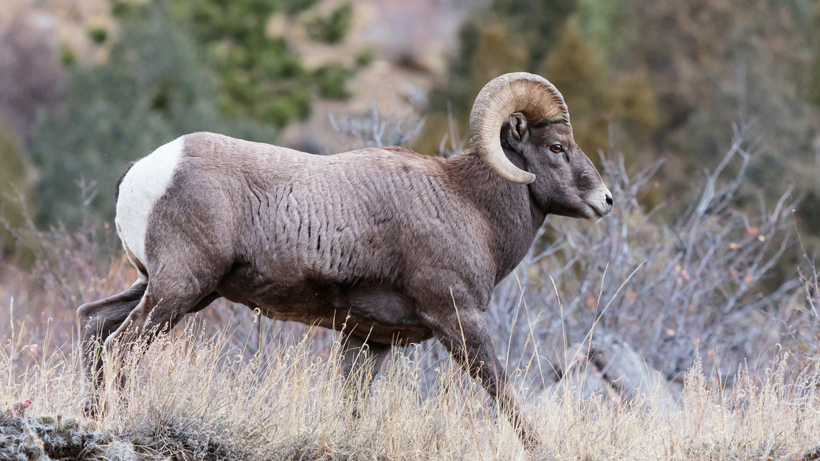 There are only three bighorn sheep licenses for North Dakota this year – down from five licenses offered in 2017 (and eight in 2016). The North Dakota Game and Fish Department (NDGFD) announced the change earlier this month and has already held its bighorn lottery to determine the successful applicants who have been notified.

According to NDGFD, the number of licenses offered reflects the health of bighorn sheep within the state. Based upon the summer population survey, the agency determined that three licenses – one for Unit B3, another for Unit B4 and one that was auctioned off in the spring at the Midwest Chapter of the Wild Sheep Foundation – offered enough opportunity while also meeting management objectives.

Based upon the summer population survey data, there were only 77 rams – a noticeable decline as the 2018 survey found 12 fewer rams than 2017 and 27 fewer compared to 2016. Brett Wiedmann, NDGFD’s big game management biologist, says that the 13% decrease in ram numbers “is likely the result of an ongoing bacterial pneumonia outbreak that was first detected in 2014.”

The state canceled its 2015 bighorn sheep season because of this.

“In addition, 2017 had the second lowest lamb recruitment on record so only four yearling rams were observed,” said Wiedmann. “Encouragingly, no adult animals within the herds that were exposed to disease in 2014 showed clinical signs of pneumonia, and the summer lamb count in those herds improved.”