No wolf reintroduction for Colorado 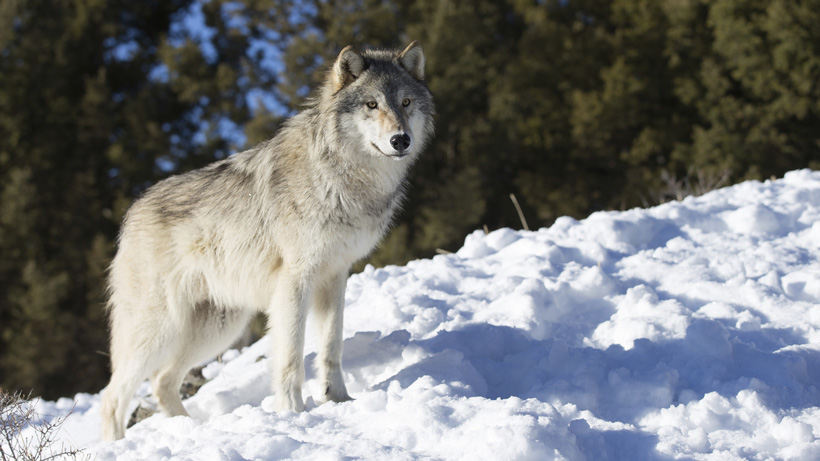 While wolves may be native to the Centennial State, many Coloradoans don’t want them. In fact, last January, the Colorado Parks & Wildlife Commission voted against the reintroduction of both Mexican wolves and gray wolves after a lengthy debate with ranchers, hunters, farmers, wildlife advocates and other residents. However, this week, the Sierra Club held a meeting in Colorado to re-open the controversial issue and discuss reintroducing wolves to the state.

The meeting, which was attended by about 100 people, included local hunters and ranchers who say that wolves will “wreak havoc on businesses, agriculture and wildlife,” the Fence Post reports. It also included several police officers, which rancher Jo Stanko says really set the tone – and the agenda – of the Sierra Club’s meeting.

Delia Malone, Sierra Club wildlife chair, led the meeting. She said that returning wolves to Colorado would “restore Colorado’s natural balance” – an idea that residents of Steamboat Springs, Colorado do not necessarily agree with considering that the small town’s economy is based upon agriculture and hunting – two things that wolves would definitely impact should they return to the state.

As goHUNT previously reported, wolves have been infiltrating Colorado’s borders from neighboring states with many confirmed – and unconfirmed – sightings reported to Colorado Parks and Wildlife (CPW) officials. Based upon these reports, CPW assumes that wolves will eventually return to the state on their own.

While Malone insinuated that the Sierra Club was working with local ranchers regarding wolf reintroduction efforts, following the meeting, she issued a statement that said otherwise:

The meeting ended without any action plan, other than the understanding that communication between wildlife officials, ranchers, farmers and the general public needs to continue.

Do you think wolves should return to Colorado?