No wolf hunting in Minnesota? 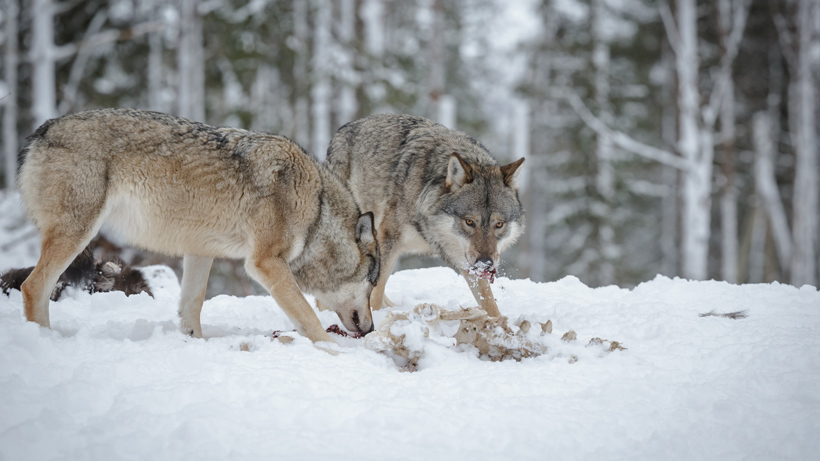 Yesterday, the Minnesota House voted against wolf hunting. The measure passed by one vote and would require the state to reverse its previous stance on wolf hunting if it becomes a law. While Minnesota doesn’t currently have a wolf season scheduled, it was the only state to allow hunting from 2012 to 2014 before a judge placed the animal back onto the federal endangered species list, the St. Paul Pioneer Press reports. Should the Trump administration’s push to delist wolves go forward, the state had planned for a hunting season as early as fall 2020.

Wolf populations across the state are thriving. In fact, according to the Minnesota Department of Natural Resources (MDNR), there was an estimated 2,655 wolves and 465 wolf packs during the 2017-2018 winter—a number that has held steady over the past few years.

However, according to the St. Paul Pioneer Press, it’s unclear whether the ban will become law as previous bills proposing the same thing have failed in the Senate. Instead, it’s likely that the issue will “now be the subject of negotiations between the two chambers” and become “the subject of compromises and horse-trading.”

Gov. Tim Walz has also been vague in his opinion. Last month, according to the Minnesota News Network, his response regarding the issue was that “he hadn’t made up his mind” and that he wanted the “decision to be ‘thoughtful.’”