No winter wolf hunt in Wisconsin for 2022 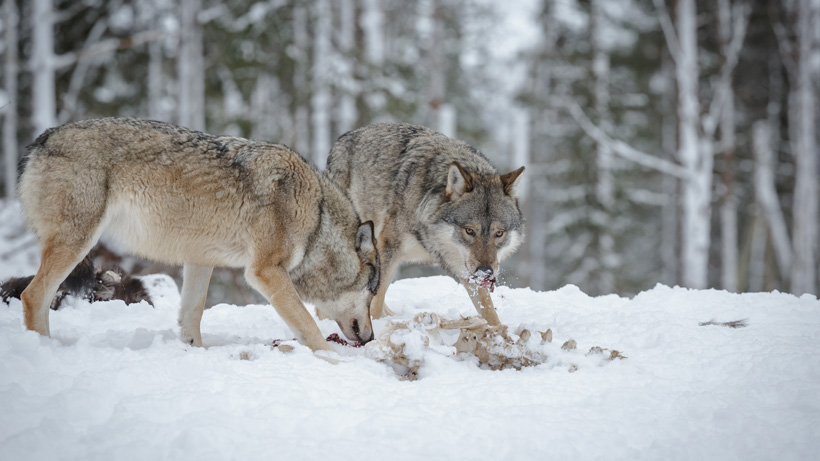 There won’t be a winter wolf hunt in Wisconsin. But that isn’t because a clear decision has been made regarding the status of the hunt. Rather, it’s due to a lag in the Wisconsin court schedule, Seehafer News reports. Last fall, after Wisconsin held its first ever, court-ordered wolf hunting and trapping season, a coalition of wildlife advocacy groups filed a lawsuit to stop any future hunts after hunters shot nearly a hundred wolves over the state quota.

While the winter hunt was supposed to start in November, it has been put on hold until the court can consider the pending lawsuit. However, because the current court schedule shows that a final decision regarding the lawsuit won’t be available until this spring, there won’t be a winter wolf hunt due to the delay.

Those who filed the lawsuit consider this a victory.

“We do not believe hunters are on the other side of this issue,” said Melissa Smith, executive director of Friends of the Wisconsin Wolf and Wildlife.

Smith expects briefings on the lawsuit will continue through the winter and into the spring. And whatever decision the court eventually makes on the issue could change the 2022-2023 hunt tentatively scheduled. The February hunt closed after three days and occurred during February – during the wolves’ breeding season. Researchers are still determining the impact of the February hunt on the general wolf population.

“We just have never had a hunt in February, and that affected so much of the wolves’ reproduction across the state,” said Adrian Treves, professor of environmental studies at the University of Wisconsin-Madison and founder of the Carnivore Coexistence Lab. “Therefore, we’re in uncharted territory about how many packs bred, how many pups survived.”

As goHUNT previously reported, during the February hunt, 218 wolves were taken, which was over the approved quota of 119. Will there be another wolf hunt in Wisconsin? Stay tuned to goHUNT for further updates.