No sheds for some Montana hunters 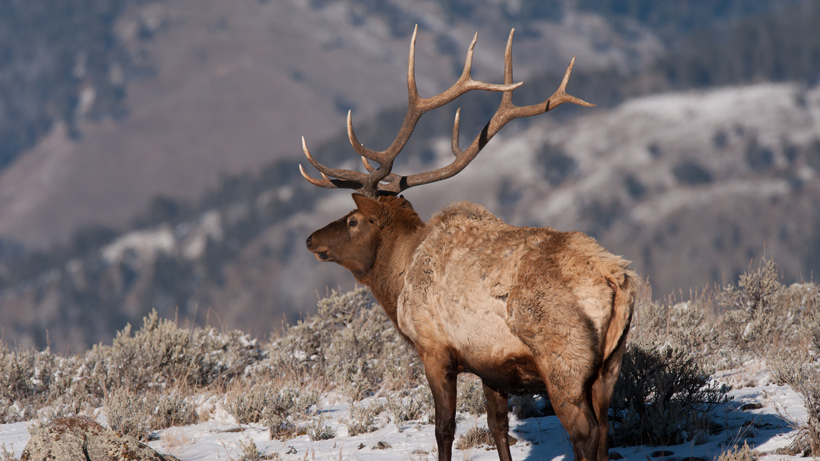 Want to help mule deer and elk and possibly win a new rifle? Then sign up to skip shed hunting this month. Last week, Mule Deer Foundation Bitterroot Chapter member Scott Falagan called on hunters in Missoula or Ravalli counties in Montana to forgo shed hunting in March “to give struggling deer and elk some respite from the harsh travel conditions,” the Missoulian reports.

“My phone has been going crazy this morning,” said Falagan. “People have been calling and texting me to say thank you and offer to take the pledge. I like to believe that everyone is pretty sincere that they'll follow the pledge.”

There’s no cost to pledge and, if you need some incentive, once you do, your name will be entered into a raffle to win a Kimber hunting rifle on April 1. To enter, simply text your name and phone number to 406-360-3241. Those who pledge should also pay it forward by telling “at least five other people about the impacts of winter conditions on wildlife,” according to the Missoulian.

Note: the drawing is only for people who live in Missoula and Ravalli counties.

Other organizations are backing the idea, including the Rocky Mountain Elk Foundation, local Safari Club International chapters and Montana Fish, Wildlife and Parks biologists like Vanna Boccadori, who is the Butte Area wildlife biologist.

“While the original request was directed at Missoula and Ravalli counties, the same applies to our wildlife across SW Montana right now,” Boccadori wrote in an email. “At the very least, I personally want to ask you all to hold off shed hunting until later this spring.”

Winter conditions can be especially harsh on animals as they work hard to find food in deep snow and severe weather. Additional pressure from humans in search of shed antlers adds more stress on these animals.

“The does and cow elk are trying to keep their unborn babies healthy inside,” said Missoula MFWP Game Warden Aaron Berg. “When we pressure them, we could be harming the fetus as well as the animals themselves.”