No change in wolf protection status 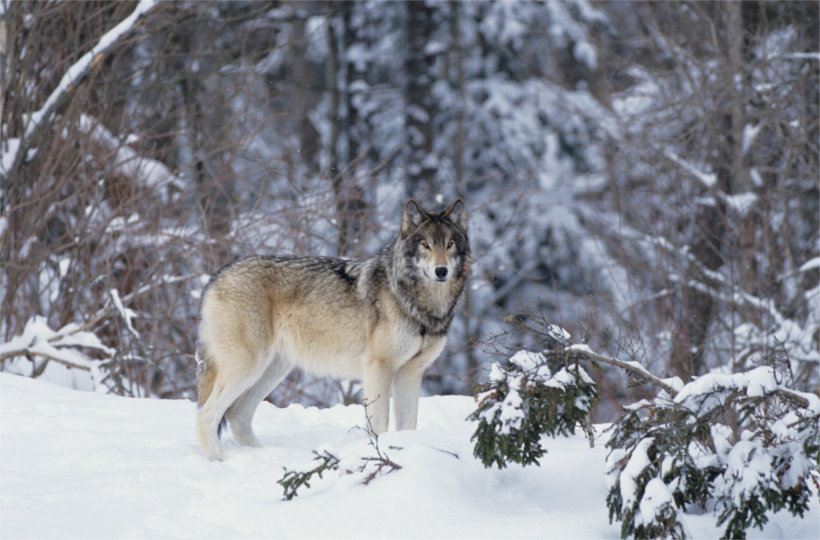 Minnesota, Wisconsin, Michigan and Wyoming lawmakers were shocked last week when the final federal year-end congressional tax and spending package was revealed and their rider to return wolves to state management – and remove federal protections – wasn’t attached. Yet this shouldn’t be a complete shock since the Obama administration had warned of a complete veto of the final bill should any changes to the Endangered Species Act be included.

According to AgWeek, the provision was left out of the 2,000-page bill at the last moment and means that wolves within the above regions will not be hunted or trapped based on last December’s decision by a federal judge. The removal of wolves from the endangered species list was supported by many, including livestock producers, but wildlife groups were against it from the start.

While this may seem like a victory for pro-wolf supporters, that victory is most likely temporary. In fact, for those in favor of the removal of federal protections for wolves, it just means that in 2016, a new plan will need to be established. U.S. Rep. Collin Peterson (D-Minnesota), the ranking Democrat on the House of Agriculture Committee, noted his surprise, and told the Associated Press, “Obviously I'm disappointed. We thought it wasn't going to be a problem because the Fish and Wildlife Service was supporting it.” Peterson says that the rider will most likely become a stand-alone bill that they will try to pass through Congress. “Or,” he says, “An appeals court could overturn the lower court decisions.”

Regardless, the decision to not include the wolf rider on the final 2015 bill doesn’t mean that the issue is closed. In fact, it is most likely only beginning.