No age limit for hunting? 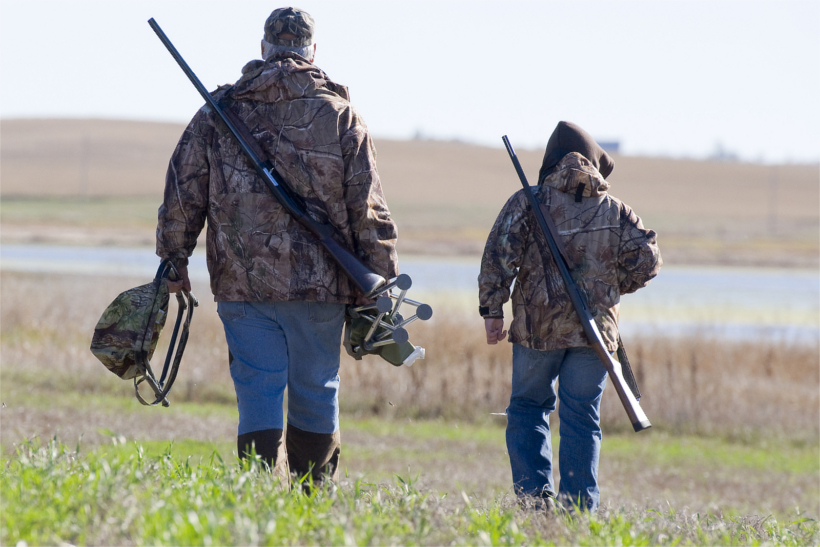 Republican lawmakers have proposed a bill to remove the minimum age requirement for Wisconsin hunters. The bill, which is sponsored by Rep. Joel Kleefisch , would allow anyone –no matter how old – to hunt without any safety training as long as that person is hunting with a mentor; the mentor would be the only one carrying a weapon.

Yet not everyone believes this is a good idea. While supporters say that the bill allows parents to decide when their kids are ready to hunt, opponents say that hunting responsibly and ethically comes with physical and mental maturity.

One opponent is Ray Anderson, a hunting safety instructor, who thinks the bill is a bad idea. He wrote to the committee that, “Too many children age ten or younger are not ready to hunt. We’ve had situations in class where 9- and 10-year-olds simply don’t have the maturity to handle a firearm. They inadvertently point the firearm at others and instructors. I implore you to not pass (the bill). If anything, raise the minimum age limit to 12 or at least age 11.”

Kleefisch disagrees and has mentored over a dozen new hunters himself over the past year. Additionally, Kleefisch says that according to data from the Sportsmen’s Alliance and Families Afield, in 34 of the 41 states that offer similar programs, kids younger than 10 years old can participate; Wisconsin is one of four states that limit the mentor-student teams to a single weapon, according to Green Bay Press Gazette.

“Our utmost goal is to look at safety first,” says Kleefisch. “So many other states have safely introduced new hunters to hunting without the burdensome regulation we have in Wisconsin.”

While the National Rifle Association, gun rights group Wisconsin FORCE, Whitetails of Wisconsin and the state bear hunters association are all in support of the bill, the likelihood of it moving past the natural resources committee and onto the full Assembly are slim. In fact, according to the Green Bay Press Gazette, Speaker Robin Vos has not responded to emails from the paper seeking comment.

While some Wisconsin lawmakers seem to be up to the challenge of trying to change hunting requirements, like the Blaze Pink initiative, not everyone is going to support the proposals.