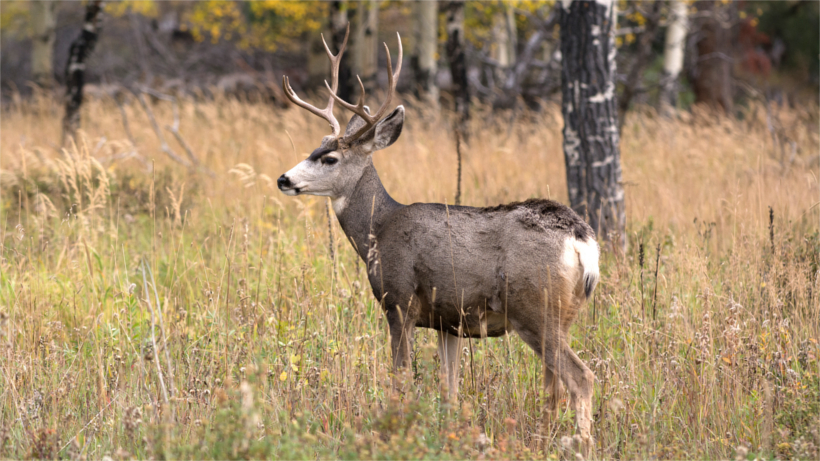 Last week, the U.S. Bureau of Land Management (BLM) announced the continuation of Phase II of the Rosa Mule Deer Study, a multi-year study geared toward understanding how much oil and gas impacts New Mexico mule deer in the Rosa Mesa area. The seven-year study is a partnership between BLM and the New Mexico Department of Game and Fish. Scientists with Western Ecosystems Technology, Inc. (WEST), an independent environmental and statistical consulting company, are in charge of collecting data for the study.

Phase I occurred during the winters of 2011/2012 and 2012/2013 when there was no oil and gas activity allowed. Phase II began in 2014 and will continue through April 2018. While oil and gas may play a major role in the New Mexico economy, the study aims to specifically investigate how oil and gas development impact mule deer within the Rosa, NM, area and mule deer populations that roam in the eastern portion of the southern part of Navajo Lake.

Neil Perry, a wildlife biologist with the Farmington, NM BLM office, told the Daily Times that “the Rosa area was identified for the study because it has a large oil and gas industry presence and overlaps with fields where the mule deer come down from the mountains to spend the winter, grazing and breeding.”

This portion of the study, which will cost approximately $500,000 and is funded by WPX Energy, will depend on radio tracking collars to collect data “on mule deer habitat selection patterns, migration routes and survival rates.” Phase II is specifically collecting data during times when oil and gas development is occurring in order to compare with Phase I data, which was collected when it was absent. This will give scientists a way to analyze just how much impact these industries have on mule deer.

“This deer herd is migratory and travels 40 to 80 miles to summer ranges in Colorado, including areas north and east of Wolf Creek Pass,” Hall Sawyer, a research biologist with WEST and one of two researchers who are overseeing and preparing the study, told the Daily Times. “Because this herd migrates such long distances, the benefits of this study will extend well beyond the San Juan Basin of New Mexico and will help inform mule deer management in Colorado and tribal lands of the Southern Ute and Jicarilla.”