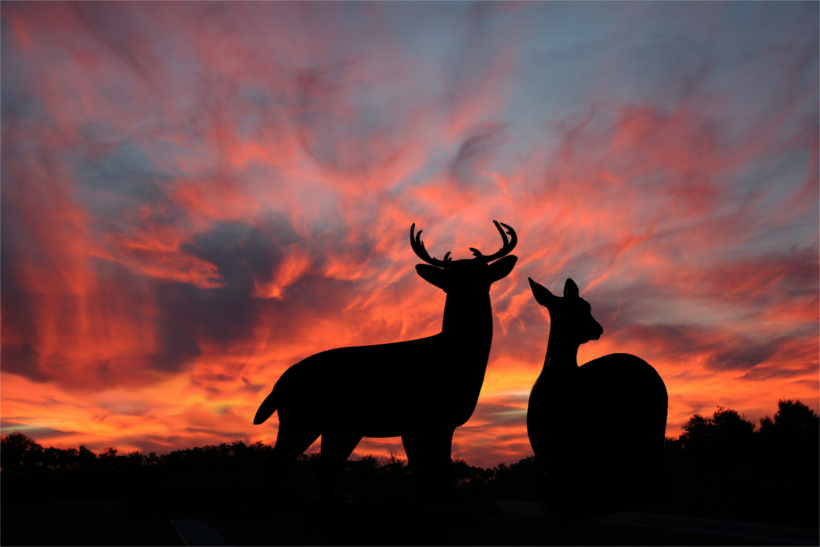 Beginning November 1, six bands of Lake Superior Chippewa Indians will be allowed to hunt deer at night with spotlights in the ten counties that make up the Ceded Territority in the northern part of Wisconsin. This decision by U.S. District Judge Barbara Crabb refutes her prior ruling 24 years ago that stated this type of hunting was dangerous. She now contends that allowing night hunting would not pose a threat to public safety.

Yet, Wisconsin Department of Natural Resources (WDNR) feel that the timing of the start of the night hunting as well as the actual activity means that strict protocol needs to be established before Nov. 1.

"Throughout the tribes' efforts to expand their rights to hunt deer at night, the Wisconsin DNR and the state Department of Justice stressed the need to establish safety precautions that protect the well-being of all citizens and their property," WDNR said in a statement. Crabb’s ruling now opens up night hunting in nearly a third of the state and includes, in either part or whole, the following counties: Florence, Forest, Langlade, Marathon, Marinette, Menominee, Oconto, Shawano, Oneida and Vilas.

Tribal members attest that this type of hunting is for survival, not sport.

"This ruling is an affirmation of the tribes' rights to meet the needs of their community," says Jim Zorn, executive director of the Great Lakes Indian Fish and Wildlife Commission (GLIFWC).

The Chippewa tribe is not the first to be awarded the ability to night hunt. Other tribes in Michigan, Minnesota, Oregon and Washington are already permitted to do so and regulations already in place in these states will be applied to the Chippewa tribal night hunts. According to the Post Crescent, regulations in place require tribal hunters to “take a certification course, hunt in a surveyed location, file a shooting plan, use a light and shoot only in an approved lane.”

While the GLIFWC notes that only two or three hunting accidents related to hunting deer at night have happened since 1989, WDNR officials are working to ensure that the public is aware of this decision and that tribal members follow the established protocol.