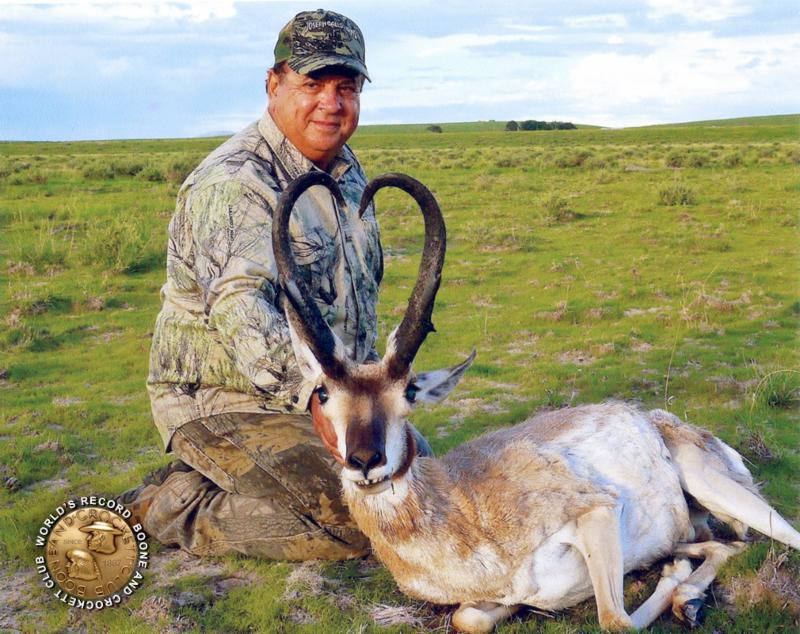 It’s the news of a lifetime for Mike Gallo. The Boone and Crockett Club just announced that the antelope buck he shot last year in New Mexico has been certified as a new world record.

Other outstanding features of the trophy include:

Before Gallo’s trophy, two antelope bucks were tied for the world record at 95 inches. One was taken in Coconino County in 2000 and the other in Mohave County in 2002. The difference between the old records and the new is a staggering inch-and-a-half — a difference so substantial that now the margin between No. 1- and No. 2-ranked trophies is the largest in Boone and Crockett antelope records, which hold over 3,400 entries.

The impressive trophy denotes a worthy achievement for conservationists.

Boone and Crockett records serve as a barometer of habitat quality, recruitment numbers, sustainable harvest objectives and other factors of wildlife management and fair-chase hunting.

"Records reflect success in big-game conservation," said Richard Hale, chairman of the Club's Records of North American Big Game Committee. "Remember, the antelope was once nearly lost, much like the bison, until sportsmen led an era of wildlife recovery. Now the species is flourishing. And the fact that such incredible specimens exist today says a lot about how far we have come, and how bright the future might be.”

Now Mike Gallo will forever be linked to the esteem of the trophy antelope.

Hale extended his warmest compliments: ”Congratulations to Mr. Gallo on a tremendous animal and a tip of the cap to the New Mexico Department of Fish and Game and to the sportsmen and sportswomen of that state for their stewardship of this iconic North American species.”

The world records for other species are:

Given the current status of mule deer numbers across the western United States, do you think the mule deer record will ever be broken again?