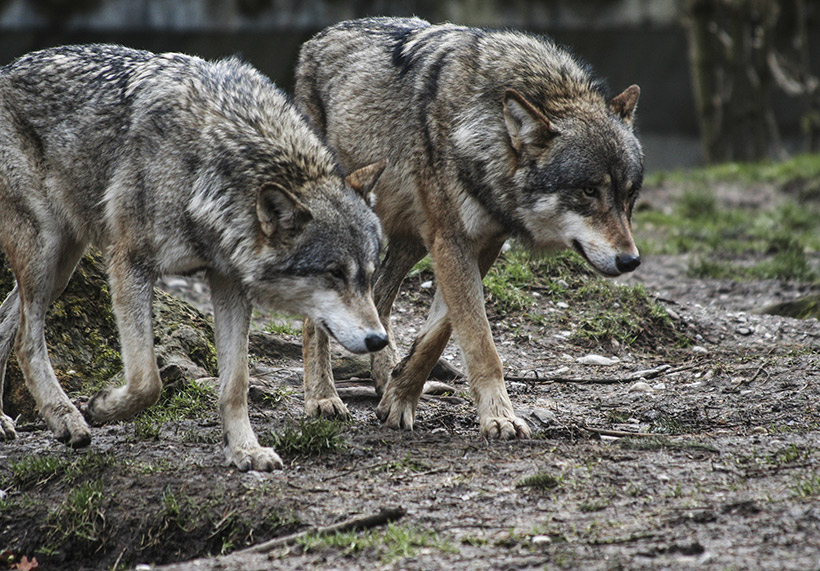 The Washington Department of Fish and Wildlife (WDFW) has confirmed a new wolf pack in northeastern Washington. Officials also report that its six members appear to have been involved in the killing of a cow and calf.

The wolf pack, so new that it has yet to be formally named, has been discovered in northern Ferry County, near Profanity Peak. The agency reports that the pack has at least three adults and three pups, as documented via trail cameras.

The Profanity Pack, as it has been dubbed thus far, has been linked to cattle attacks on a Colville National Forest grazing allotment. The attacks were reported late last week by livestock producers Diamond M Ranch, which said that a cow and calf from a herd of 210 cow-calf pairs had been killed.

On Friday state staffers and Ferry County officials visited the location, east of Curlew and about four miles in from the nearest road, confirming that the cow and calf had been killed by wolves.

Operators say that is likely more cattle have been killed. The herd will be moved to lower elevations.

The same strategy was implemented in Northeast Washington earlier this summer after the Huckleberry Pack reportedly killed 22 sheep in the town of Hunters, located about 50 miles northwest of Spokane.The flock of nearly 1,800 sheep was moved to another grazing area. The agency also sent a professional hunter to take aim at the Huckleberry pack. One wolf, the alpha female, was lethally removed by a helicopter gunner.

This is not the first time Diamond M Ranch has had problems with wolf attacks. In 2012, wolves reportedly attacked more than 15 cattle. The attacks led the state to okay the lethal removal of eight members of the Wedge Pack.

WDFW’s wildlife program director Nate Pamplin says that his staff is reviewing a checklist of preventative measures used so far with this particular herd of cattle. The state will work alongside the Forest Service and Diamond M Ranch to continue proposing options for limiting or avoiding future depredations.

The Profanity Pack is the second new pack recently discovered in the state. Earlier this summer, a pack was confirmed in northern Pend Oreille County, between Salmo and Diamond Packs. Two wolves have also been documented in the southeast Scablands, and an Oregon wolf is traveling the Washington side of the Blue Mountains with another wolf.