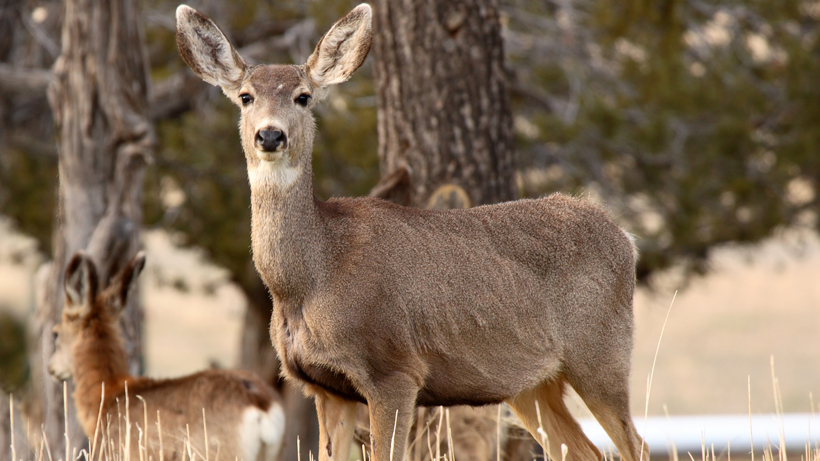 A new wildlife crossing is in the works over Highway 62 in the Morongo Valley in California. Last week, the Mojave Desert Land Trust (MDLT) announced that it acquired 43 acres near the busy highway and now owns enough land on both sides within the Sand to Snow National Monument to start the process of building the crossing, the Palm Springs Desert Sun reports.

The area is home to a variety of ecosystems that include “lowland Mojave and Colorado deserts, riparian forests, creosote bush scrub and woodlands, fresh water marshes, Mediterranean chaparral and alpine conifer forests” that support many different types of wildlife, including 12 different species listed as endangered or threatened and over 240 different species of birds, according to the U.S. Forest Service. Creating a safe crossing over Highway 62 will allow for critical habitat linkage for future animal survival.

The location for the crossing will likely be between Scholl Drive and Navajo Trail. This specific area was identified through a California Department of Transportation (CDOT) study that Geary Hund, executive director of MDLT, said “provided some validation that this could be an area where wildlife approach the road edge or attempt to cross.”

The push for more wildlife crossings is part of a nationwide focus to help species coexist among the highways and byways, aimed at reducing the number of wildlife-vehicle collisions while they seek out mates, travel migration routes or follow forage. According to the Palm Springs Desert Sun, between 2009 and 2018, over 26,000 wildlife-vehicle collisions were recorded by the California Highway Patrol and more than 42,000 carcass observations were reported to the California Roadkill Observation System. Based upon these numbers, despite the high cost of installing wildlife crossings, they are necessary in order to decrease the number of collisions and provide a safe way for wildlife to cross busy highways.

Regarding the Highway 62 wildlife crossing, Hund said that next steps include securing grants – possibly through CDOT and the state Wildlife Conservation Board – along with additional funding help from MDLT.