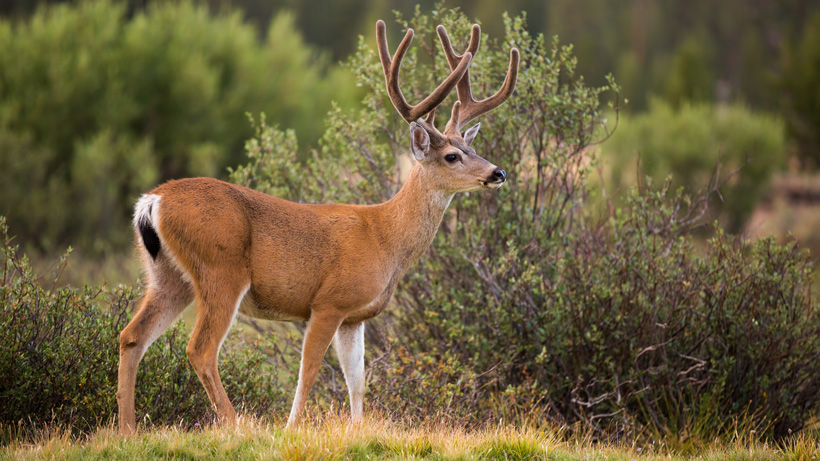 Last month, 20 mule deer were outfitted with GPS collars near Flagstaff, Arizona as part of a three-year study aimed at mapping mule deer migration patterns within the state. The Arizona Game and Fish Department (AZGFD) captured and collared the deer in early June and hope to use the data to help mule deer migration corridors and as a way to limit deer-vehicle collisions. The study is funded by the U.S. Department of Interior (DOI) secretarial order 3362, Williams News reports.

“Studies such as these are instrumental for us to learn where local wildlife populations move within their natural habitat,” said AZGFD statewide research biologist Jeff Gagnon. “This data will guide management decisions to help us conserve and protect local deer populations and enhance the safety of motorists throughout northern Arizona.”

To capture the mule deer in and west of the San Francisco Peaks, AZGFD used people on the ground to scout for deer. They reported sightings to aircraft that radioed locations to a helicopter team who actually chased and netted the deer, according to Williams News. Once captured, biologists affixed an ear tag to each deer, obtained blood samples and temperatures and attached the GPS collar to the deer’s neck before releasing it. The collars will provide data every three hours and automatically drop off after three years.

“One challenge in managing wildlife is working to address the impacts that roads, highways, railroad tracks and even fences have on wildlife,” said Gagnon. “Each one these essentially serve as boundaries that can lead to habitat fragmentation. Finding solutions to address such issues benefits Arizona’s wildlife and helps us to make informed decisions to ensure they are around for future generations.”