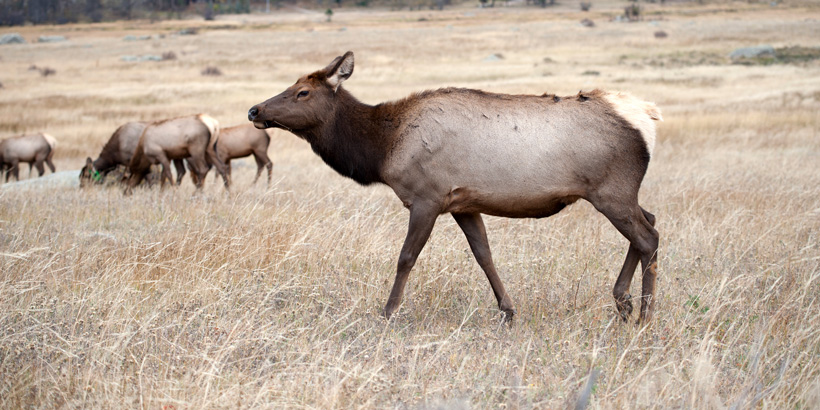 Could city growth and, even, hiking trails cause elk populations to drop? Maybe, according to a new study that looks into the effects of human development on the decline of elk populations in Colorado.

The study, which was funded by Rocky Mountain Wild and Patagonia, specifically focused on herds within the Eagle and Roaring Fork valleys south of Steamboat Springs, Steamboat Pilot & Today reports. Researchers found that between 1999 and 2015, elk populations decreased by over 50%, “exacerbated by an increase in hunting from 2003 to 2004.” Further, reproduction rates among herds has plummeted so low that wildlife officials are worried “populations might not recover and could continue to drop.”

However, elk hunting plays a major role within Colorado’s economy. The animals also play a critical role in creating a balanced ecosystem within the Centennial State, which is why Paul Millhouser, author of this recent study, decided to look at “the variables that had the greatest impact on elk populations.” These ranged from human-driven causes like hunting to natural causes like predation and severe weather. While hunting could have played an initial part in the overall elk decline, once Colorado Parks & Wildlife reduced hunting licenses in 2003, populations continued to decrease, showing that hunting wasn’t the sole reason behind the drop in populations. Millhouser also couldn’t find a direct link between predation or increased vehicle-elk collisions to explain the “decades-long decline,” according to the Steamboat Pilot & Today.

These dead ends led Millhouser to suggest that increased human development – and outdoor recreation – could be behind the general decline of elk within Routt County. Because of this, he urged “caution when it comes to further human encroachment into natural lands.”

What do you think? Is increased outdoor recreation to blame or land development? Or something else?