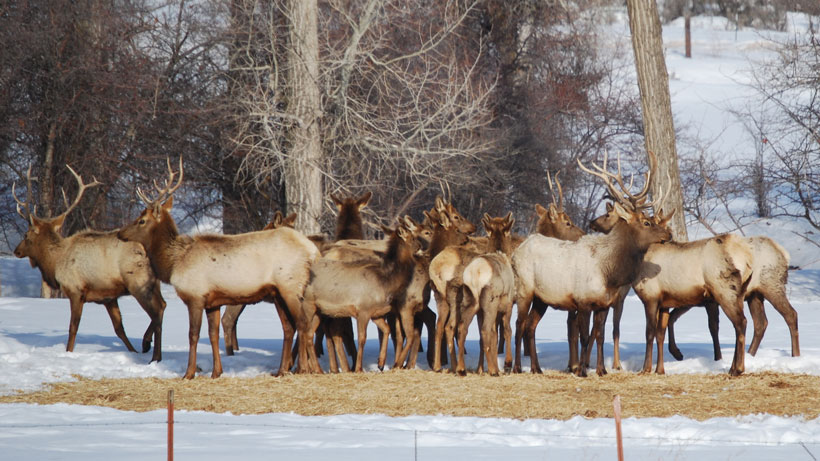 After years of blaming bison for the spread of brucellosis to domestic livestock within the Greater Yellowstone Area (GYA), scientists have discovered a missing link to recent outbreaks. A new 209-page report released Wednesday by the National Academies of Sciences, Engineering and Medicine finds that elk – not bison – are the “primary source of new brucellosis infections,” Montana Public Radio reports. The solution? Less elk. How? Well, that’s up to state, federal and landowner cooperation.

According to The Casper Star Tribune, suggestions for decreasing elk within the GYA include “hunting, contraception, testing and slaughtering infected elk” and shutting down Wyoming’s elk feedgrounds, which could be potential hotspots for brucellosis. While cattle initially introduced the disease to GYA, brucellosis has persevered within wild bison and has now spread to roaming elk in Montana, Wyoming and Idaho – all states that make up the GYA.“Brucellosis control efforts will need to sharply focus on approaches that reduce transmission from elk to cattle and domestic bison,” Dr. Terry McElwain told Montana Public Radio. McElwain is the associate director of Washington State University’s Animal Disease Diagnostic Lab and chair of the committee that conducted the study.

The GYA is home to roughly 125,000 elk and 5,500 bison and the land is managed by federal, state and tribal agencies. Add to that the ranchers that utilize public land for grazing and the hunters who want large elk herds and issue of managing the disease becomes extremely complex.

“Reducing elk group sizes and/or density may decrease elk seroprevalence over time and potentially decrease the risk of elk transmission. So, population control alone may help address the population to some extent,” says McElwain.

This is the first update on brucellosis since 1998. While the report is considered “non-binding,” the results will likely be debated among GYA stakeholders as well as state, tribal and federal agencies. Regardless of the recommendation, it will take money to fund projects and ways to eliminate brucellosis from the GYA. Even the report states that “eradication of brucellosis from the GYA remains idealistic, but is still not currently feasible for scientific, social, political, and economic reasons.”

Regardless of the price tag associated with the results of the study, one issue needs to be rectified before any solution can move forward.  According to The Casper Star Tribune, the consensus of the panel that presented the study said, “To date, the efforts undertaken by various state and federal entities have been conducted in a piecemeal fashion, resulting in a disjointed and uneven approach.”