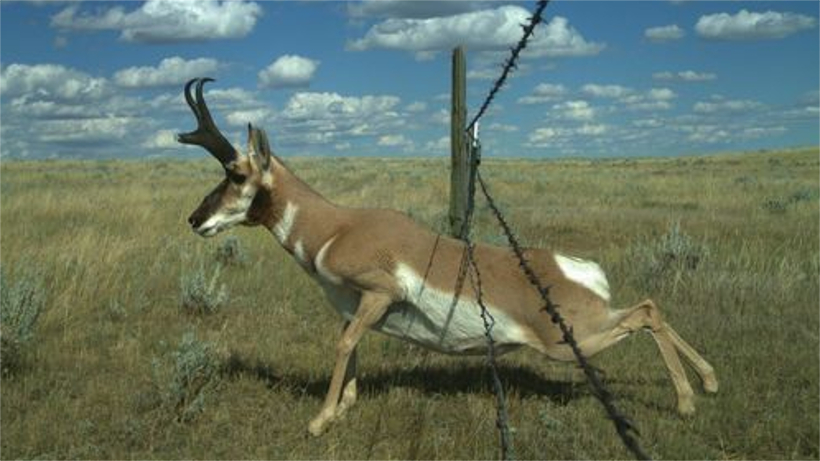 Researchers at the University of Montana (UM), the Alberta Conservation Association (ACA) and The Nature Conservancy (TNC) have identified safe fencing for wildlife. This two-year study tested three types of barbed wire fencing to pinpoint which was safest for antelope and deer to pass under. The result? Smooth wire 18” off the ground is the best type of fencing, The Great Falls Tribune reports.

While the study results definitely benefit all ungulates that migrate across farm land, the focus of the study was to help antelope.

“There’s a lot of information out there — ‘this is how you should manage fences to make it easier for pronghorn to go through’ — but there has not been any research,” Brian Martin, TNC’s grasslands conservation director, told The Great Falls Tribune. “Those were all people’s observations and best guesses.”

Antelope use speed to escape predators and often crawl under fencing instead of jumping over them (like deer or elk); this causes them to “catch their backs against the barbs and lose fur,” says Martin, leaving the animals “susceptible to frostbite and infection.” 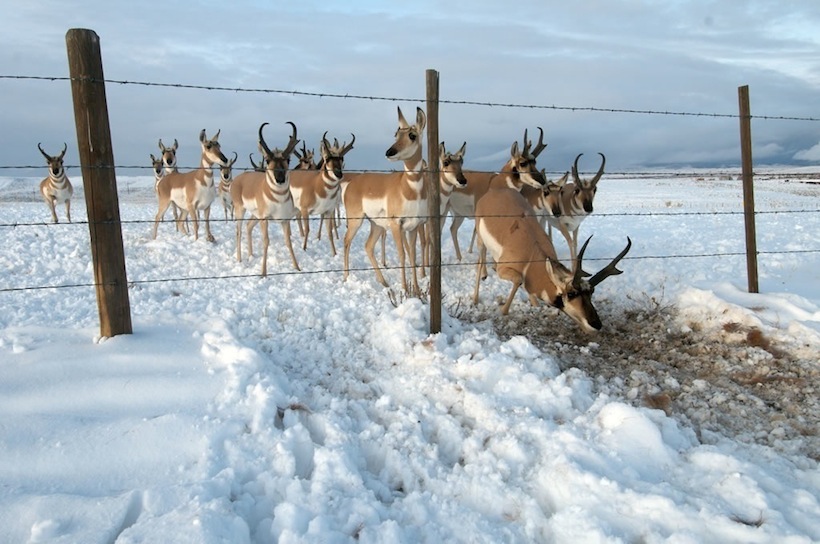 If ranchers and farmers switch to this preferred fencing, it could eliminate antelopes’ tangle with fencing.

Lead researchers Andrew Jakes (UM) and Paul Jones (ACA/TNC) studied how the antelope interacted with the three different types of fencing over two years by using remote cameras. Antelope tend to cross in the same areas so the team set up their experiment in an area already frequented by the animals. The first type of fencing was smooth wire 18” off the ground; the second type was a clip on the bottom wire that gave antelope more space to crawl under; the third type was “placing the bottom two wires in a smooth plastic pipe” that was raised with a clip to provide more space on the ground, according to The Great Falls Tribune. The first two worked; antelope refused to use the third.

“On top of that, no cattle crossed under smooth wire or clips during the entire project, which makes these modifications useful for working ranchers,” says Jakes, adding that by modifying the fencing, it allows for both daily and seasonal movements.  The fencing change will also benefit mule deer fawns that tend to crawl under the fencing rather than jump.

This inexpensive switch to smooth wire fencing is an easy fix to current fencing that can impact pronghorn herds. Martin is hopeful that the research can be applied to the “range of the pronghorn, helping them survive and also help in their migrations, especially in the fall.”