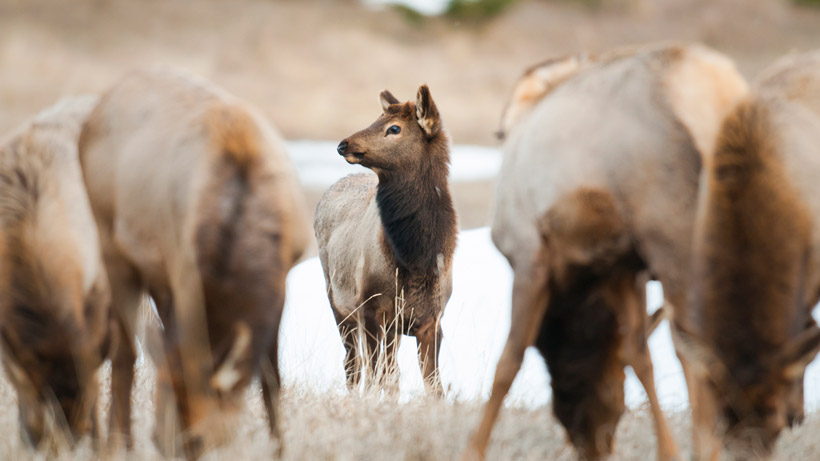 A new study published this week confirms that female intuition doesn’t apply only to humans. “Learning from the mistakes of others: How female elk adjust behaviour with age to avoid hunters,” which was published June 14, 2017 in the open access journal PLOS ONE, found that as female elk age, they develop strategies to avoid hunters in Canada. Dr. Henrik Thurfjell completed the study for his post-doc research at the University of Alberta. Thurfjell and several colleagues outfitted 49 cow elk that roamed Alberta and British Columbia with GPS collars. The elk were between one to 18 years old when initially collared. Researchers tracked the animals for two to four years, keeping tabs on distance traveled, terrain ruggedness and forest cover every two hours, according to Science Daily.

What Thurfjell and his team discovered about cow elk behavior was incredibly interesting. As the cow elk aged, those who reached 10 years or older seemed to avoid human hunters nearly completely, which suggested that learning came with age. Female elk have a long lifespan; some can reach 20 years old. This provides plenty of time to learn avoidance behavior. Additionally, because cow elk tend to congregate together, should a hunter harvest an elk from one of these groups, the others can learn from that incident. One specific outcome of the study found that older cow elk utilized rugged terrain and forest near roads to avoid any exposure to hunters and elk seemed to be able to distinguish between bow and rifle hunters, Science Daily reports.

“It’s really hard to stalk an elk in rugged terrain as a bow hunter because you need to get really close,” Thurfjell told The New York Times, adding that a rifle hunter could shoot from hundreds of yards away. Thurfjell believes that the cow elk picked up on this difference in proximity and learned to differentiate between bowhunters and rifle hunters. What the final study really shows is that adaptive learning doesn’t only occur within the human species.

“The general perception is that learning is only important for humans,” Thurfjell says. “But the truth is that it is crucial for many nonhuman animals.”