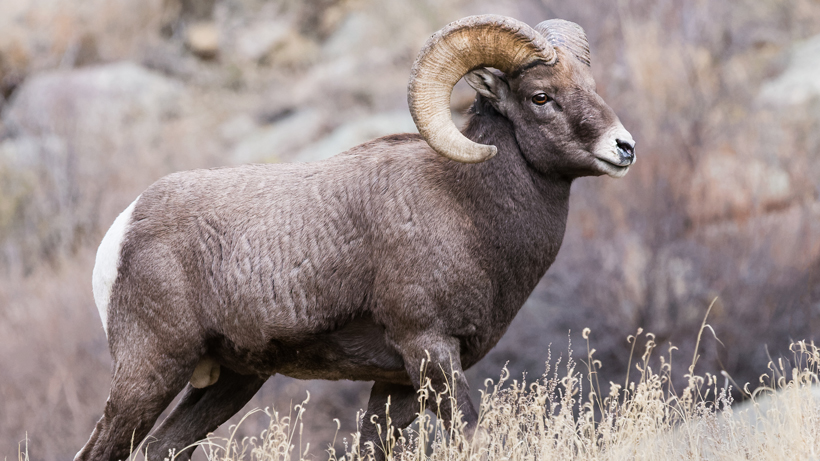 Bighorn sheep genetics haven’t changed much over the last 3,500 years – a surprise discovery made by Montana State University (MSU) graduate student Elizabeth Flesch. Flesch is part of a team led by Bob Garrott, a professor of ecology at MSU. The plan was to discover a genetic difference between DNA retrieved from four ancient bighorn sheep skulls found in the Beartooth Mountains in Montana and current bighorn sheep. However, that didn’t happen.

“We expected that with European settlement and domestic sheep grazing in the Greater Yellowstone Area that they would have changed their genetic signature,” Garrott told The Independent Record.

According to The Independent Record, researchers were hoping to unlock an evolutionary clue that would show how the bighorn sheep genetic signature had been “altered as domestic animals infected bighorns with pathogens,” – the same ones that continue to impact and decimate herds today. As goHUNT has previously reported, countless wild bighorn sheep have succumbed to bacterial pneumonia after coming into contact with their domestic counterpart. While there are currently roughly 80,000 bighorn sheep in North America, that number drastically dropped after European contact; their population decreased to about 15,000 bighorn sheep by the early 1900s.

However, Flesch’s analysis included only four recovered bighorn sheep skulls and just analyzed mitochondrial DNA, which shows the mother’s genetic contribution (nuclear DNA shows both parents) because that was the only type that could be recovered from the ancient skulls. While it’s possible that nuclear DNA would show a change in bighorn sheep genes, Beth Shapiro, whose lab at the University of California-Santa Cruz completed the genetic analysis, says that “retrieving that information from ancient bone is unlikely.”

Two more skulls estimated to be about 5,500 years old have been recovered to compare with the current analysis.

“We really have a good range of ages for the evolution of the species over 5,000 years,” said Flesch. “It’s a completely native herd that hasn’t been manipulated, a continuous line of bighorn sheep over the last 5,000 years.”

This study is part of a multi-year study aimed at determining why bighorn sheep herds are consistently impacted by bacteria pneumonia, leading to massive die-offs across the West. That study is a collaborative effort between MSU and Montana Fish, Wildlife and Parks and focuses on bighorn sheep in Montana and the Greater Yellowstone Area.