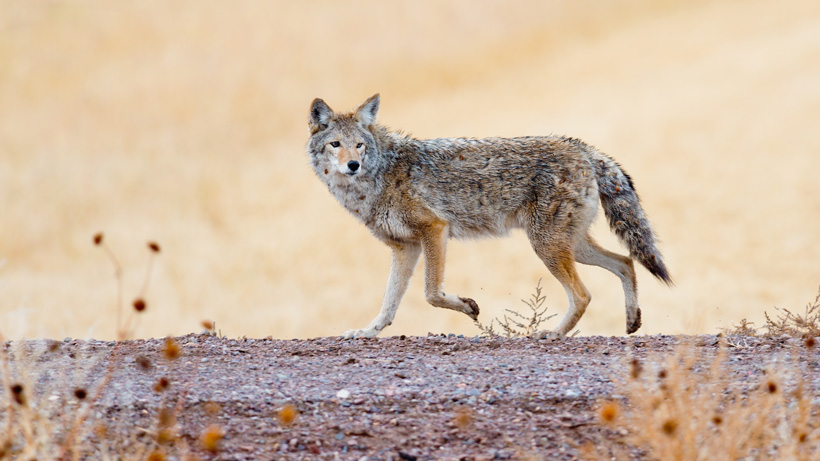 Across Wyoming, mule deer numbers have steadily declined. While numerous factors could play a role (declining habitat, oil and gas development, predation), the reasons behind the 31% drop since 1991 aren’t 100% clear, which is the basis of a new study in the process by the University of Wyoming (UW). This study pinpoints the impact of coyotes specifically affecting mule deer near Rock Springs. Researchers like UW Zoology and Physiology grad student Katey Huggler have put GPS collars on 30 coyotes in order to track the animals “to see if their behavior changes during peak times when fawns are born,” Wyoming Public Media (WPM) reports.

According to Huggler, coyotes definitely change their behavior during that timeframe.

“So that indicates to us that coyotes are indeed changing their behavior and maybe tracking this sort of pulsed resource that’s occurring on the landscape,” Huggler told WPM. “However, it doesn't necessarily suggest that coyotes are actually effective at it or having an actual effect on population dynamics as a whole.

Researchers have found that coyotes also “travel much longer distances than previously thought,” according to WPM.

“Coyotes move a lot, way more than I ever would have expected,” said Huggler. “We have coyotes that move 110 miles one direction in two days and then turn around and come back and do the same thing three or four times in a row before they decide to settle down.”

The study, which is part of the Deer-Elk Ecology Research Project, is different than others for two reasons: 1) there’s no lethal control being used to reign in coyote populations and 2) researchers really want to understand coyote behavior and how that impacts other wildlife, particularly mule deer.

“We’re more focused on coyote behavior and really trying to understand coyote behavior on a deeper level to really get at what we can do to manage if coyotes are a problem,” said Huggler, “or maybe coyotes aren't the problem in certain years.”