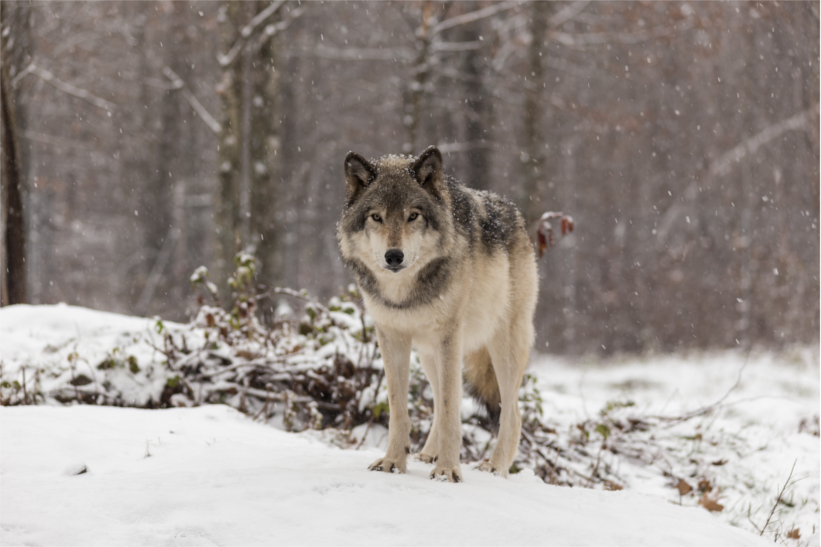 Carefully managed big game hunting and conservation have been tied together for years. Many believe that this is a way to maintain – and sustain – species that would otherwise be extinct and governments around the world support this idea. Yet a new study published in Proceedings of the Royal Society B this month refutes this claim. The study tries to prove that conservation hunting is no different than regular hunting, and, in fact, devalues the animals hunted and makes them more susceptible to poaching.

The study, “Blood does not buy goodwill: allowing culling increases poaching of a large carnivore,” focused on the wolf populations in Wisconsin and Michigan. Researchers Adrian Treves of the University of Wisconsin and Guillaume Chapron of the Swedish University of Agricultural Science based their study on these wolf packs due to the status switch between protected and unprotected for the predators in both states between 1995 and 2012. According to their study, this is “the first quantitative evaluation of the hypothesis that liberalizing culling will reduce poaching and improve population status of an endangered carnivore.”

They say that allowing the legal killing of certain species does not create a drop in poaching. In fact, they say that it downgrades the already endangered animals and, instead, potentially increases poaching of these animals. Yet, because poachers are not going to volunteer to participate in such a study, evidence of poaching was hard to measure.

According to Mongabay.com, the researchers looked at overall growth in wolf population in Wisconsin and Michigan and discovered a 4% drop in these rates when culling was permitted using mathematical models. Treves and Chapron also identified and dismissed other reasons behind the drop in wolf numbers like “migrating to neighboring states or natural fluctuations in wolf populations.”

While this may be one of the first scientific studies aimed at big game hunting and conservation, some believe that the study is faulty – and has far too many unanswered variables to make it widely accepted. Not everyone agrees with the findings.

“Overall, I think this paper draws a bold conclusion from questionable evidence,” says Daniel MacNulty, a wolf expert and assistant professor of wildlife ecology at Utah State University. He added that “that one can reasonably conclude that there is actually no meaningful difference between years with and without legal culling.”

Tim Van Deelen, a wildlife ecologist at the University of Wisconsin, agrees with MacNulty, and says that linking human-caused wolf deaths with policy changes is a major stretch.

Regardless, according to their study, Treves and Chapron believe their findings are concrete evidence that not all big game hunting actually helps. In the study, they say “When the government kills a protected species, the perceived value of each individual of that species may decline; so liberalizing wolf culling may have sent a negative message about the value of wolves or acceptability of poaching. Our results suggest that granting management flexibility for endangered species to address illegal behavior may instead promote such behavior.”