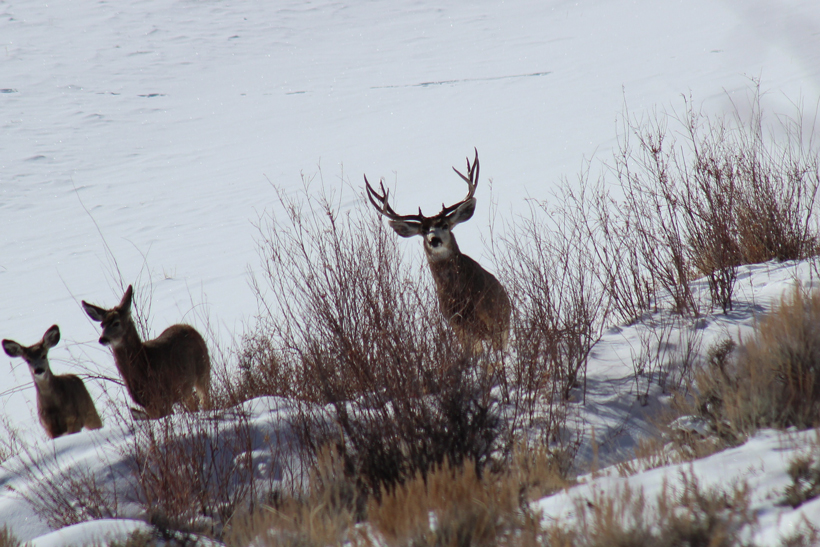 For many hunters, the transition from winter to spring means long walks through the backcountry looking for antlers to sell, or use for art, crafts, furniture, or even dog treats. Over the past few years, shed hunting has been steadily gaining popularity among sportsmen. Massive racks can garner thousands of dollars at auctions and outdoor publications are dedicating articles and books on becoming skilled at this scavenger-hunt-like skill, but in Colorado, new regulations will limit shed hunting in portions of Eagle, Pitkin, Garfield and Routt counties.

An increase in human population, development and outdoor recreation leave animals with dwindling winter habitat, which impacts food availability and can lead to high mortality rates. While this year’s mild winter has left plenty of healthy herds, Colorado Parks and Wildlife officials do not want to take any chances and plan to limit shed hunting until spring has officially sprung.

"This is probably the best condition we've seen our wildlife in for quite a while. And I mean, quite a while," says Ron Velarde, Colorado Parks and Wildlife's northwest regional manager. "Even with the snow we're getting now, it's not nearly as cold as if it was snowing in January, so I don't expect it to have much of an impact unless it persists until calving season. Then it would be a different story."

The new shed hunting regulations will reset January 1, 2016 with the same parameters. Violators of these regulations will face potential fines and points assessed against hunting and fishing privileges.