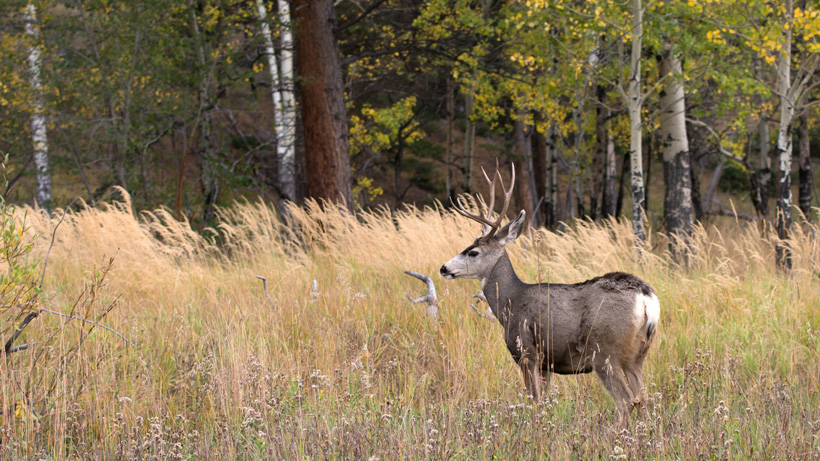 A new study out of the University of Wyoming (UW) will change how we predict mule deer migration. Last month, a study published in the scientific journal Methods in Ecology and Evolution answered the difficult question long posed by biologists with UW and the Idaho Department of Fish and Game (IDFG). A team of researchers were able to prove that using information already obtained about migration from tracked animals could be used to identify migration corridors in areas without any GPS-collared animals.

“We were surprised at how well we were able to predict most deer movements, which suggests that, instead of moving randomly, migrating mule deer appear to follow rules that do a good job of balancing the costs of moving with the benefits of forage access,” said Tristan Nuñez, lead researcher and postdoctoral researcher at the U.S. Geological Survey’s Wyoming Cooperative Fish and Wildlife Research Unit at UW.

While previous research required GPS data in order to map migration corridors, which are then used for management and conservation strategies, Nuñez and his co-authors were able to use environmental information and habitat quality to identify migratory pathways, according to a press release. Using models that incorporated terrain, snowmelt, intensity of human development and new grass growth, the team mapped out migration routes and then compared their results to data from 130 mule deer from three GPS-collared herds in Wyoming and Idaho. Essentially, these models acted “like a wayfinding app on smartphones” to show the best route between two points and mule deer seemed to prefer routes that included “hilly terrain, shrubby vegetation and less human development” than those that might be a straight line or the shortest distance, according to the study.

“The ability to predict fine-scale migration routes will save an immense amount of time and money and, ultimately, be more useful for managing wildlife in Idaho,” says study co-author IDFG’s Mark Hurley.

The point of the research was to increase the number of known migration corridors and not be hindered by the expense or time involved when using only tracking collars. Further, the team hopes to replicate the research with other big game species, herds and landscapes across the West.