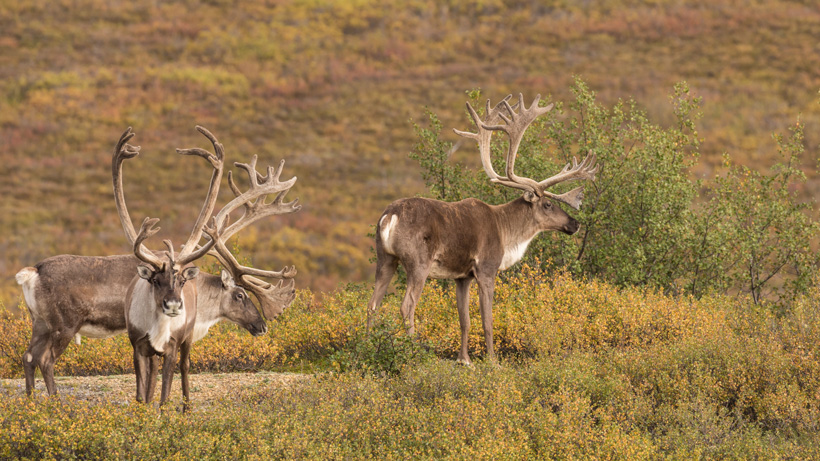 A proposal submitted by the Northwest Arctic Subsistence Regional Advisory Council requests the closure of federal public lands in Units 23 and 26A to the harvest of caribou and moose by non-federally qualified users from Aug. 1 through Sept. 30, 2021. A federally qualified user is classified as someone who is essentially a subsistence hunter. Specifically, the Department of the Interior defines a federally qualified user as follows: “Only residents of communities or areas that the Board has determined to be rural are eligible for the subsistence priority. You must have your primary, permanent place of residence in a rural area to qualify to hunt, trap, or fish under Federal subsistence regulations.”

The Alaska Department of Fish and Game (AKDFG) Units 23 and 26A hold almost 60 million acres of public land and upwards of 240,000 head of caribou.

This proposal is based in part upon witness testimony from several of the rural communities that have observed over the years previous migration and harvest numbers that have hindered those who hunt for sustenance, pointing out that “the Council is very concerned about the late migration of caribou through Unit 23” and, while winter harvest “may be possible,” it is “uncertain, and many local residents are stressed by empty freezers.”

Further, the testimony continues by listing concerns “about the effect transporters and non-local hunters are having on the migration of the Western Arctic Caribou Herd.” The Council states that it believes “that transporter activity in Units 23 and 26A may be delaying caribou migration” and “hopes this request would reduce aircraft traffic, creating an easier path for migrating caribou.”

While the ability for these communities to provide for themselves through subsistence practices must be given priority, there must also be reasonable data to support such a moratorium on non-local hunters.

Alex Hansen, an AKDFG wildlife biologist, gave a report to the council meeting in which the proposal was introduced, “as a kind of a historical reminder, the population topped out around 495,000 or somewhat in 2003 and then we went through a long period of decline and that bottomed out in 2016 at 201,000. So we saw a turnaround in 2017 that came up to 259,000 and we feel like the population is fairly stable right now. We're planning to conduct a census coming up this summer and excited to see what that number is.”

According to statistics in a recent Outdoor Life op-ed, “...before 2016, non-qualified users (both Alaska residents and non-residents) only contributed to approximately 2 to 7 percent of the harvest since the year 2000, and only around 2 to 3 percent of the harvest since 2016.” With the number of animals harvested by non-locals typically ranging between 250 to 800 animals, compared to 10,000 to 15,000 harvested by subsistence hunters, the impacts on the herd are not comparable between the two groups. Even with the impacts of air traffic into the remote stretches of interior northwest Alaska, the herds’ range would see minimal impact.

Alaska has seen multiple areas closed in recent years to non-local hunters. This is a debate that needs to be had in a respectful and educated format. If you would like to join the conversation, please tune in to the next public hearing.