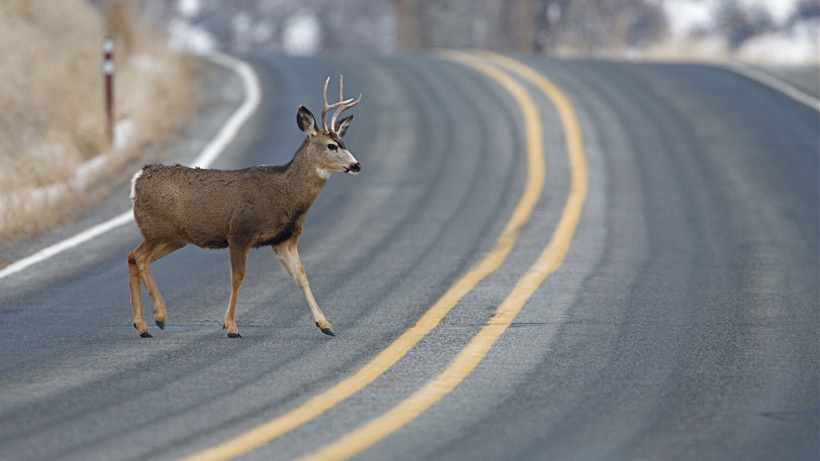 During migration, thousands of ungulates traverse thousands of feet as they move between summer and winter ranges, crossing busy roads and highways as they follow instinctual routes, passed along from mother to young. These routes, while still somewhat of a mystery, have been the focus of multiple research studies over the years as scientists try to map these historic migration patterns and help preserve routes critical for wildlife survival. With many western states taking action to protect these crucial routes – Wyoming’s Gov. Mark Gordon recently signed an executive order to protect three existing corridors in the state – the general public sentiment seems to be shifting to one of over-arching support.

The Pew Charitable Trusts recently conducted a survey within Nevada to gauge how supportive residents were towards protecting migration routes used by elk, deer, antelope and other wildlife as well as creating man-made crossings for these animals to use. The poll found 93% of registered voters in favor of both.

According to Pew Charitable Trusts, 90% of Nevada residents “support special habitat designations to ensure that large places of existing high-quality habitat on public land are managed for the long-term protection of migration corridors” and also support “a proposal that federal land managers maintain open corridors” for wildlife to move “unimpeded on public lands.” Further, 92% are supportive of building additional underpasses and overpasses for wildlife use and 84% support an increase in public funding to do this.

The majority of those polled were also supportive of limiting oil and gas development in the Ruby Mountains to “safeguard migrating deer herds,” according to the poll. The Ruby Mountains are home to one of the largest migrating mule deer in the state. 77% of those polled thought protecting migrations routes “more important” than further development.

The poll spanned the political and socioeconomic gamut, taking into account a variety of ages, races and income levels as well as differences in property ownership (renters versus owners) and urban and rural dwellers.