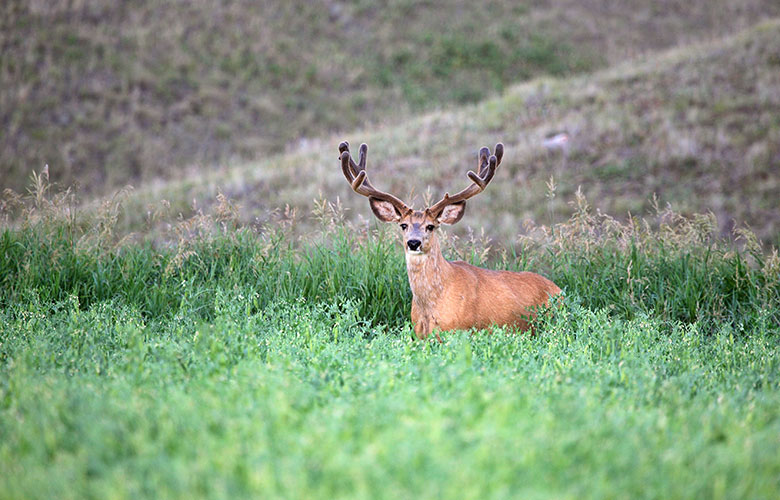 Recently, some Texas hunters reported seeing mule deer west of the lower Pecos River in Texas’s Canyon Country. This is interesting because prior to this sighting two weeks ago, mule deer were scarce – if not completely nonexistent – for this area of Texas.

While Texas is no stranger to whitetails and other thriving wildlife, the appearance of mule deer is definitely something worth talking about. Some speculate that climate change may be the reason behind the mule deer migration to this region of Texas; others suggest that this may not actually be pure mule deer, but rather a new hybrid species.

According to wildlife biologist and former director of the Wildlife Division at the Texas Parks & Wildlife Department Jerry Cook, sometimes mule deer and whitetails interbreed, which leads to “offspring having more of the appearance” of mule deer.

Yet, the changing landscape could also be a factor as mule deer do not require the same flourishing habitat as whitetails.

“Whitetail deer use a lot of energy,” says Cook. “and their metabolism is fairly constant regardless of activity.” This difference is what allows mule deer to thrive in less-than-perfect habitats that may be passed over by whitetails.

Regardless, keep your eyes peeled. These two were sighted by a few hunters only two weeks ago. It will be interesting to find out if others are spotted over the course of the season.