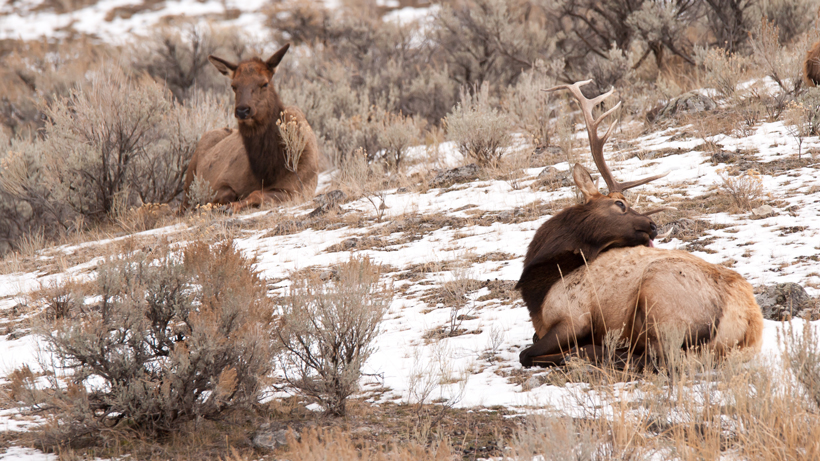 Montana lawmakers introduced House Bill 505 this week before the House Fish, Wildlife & Parks Committee. HB 505 would allow for new landowner-sponsored elk hunting and a “bonus point boost” for hunters in districts over objective in an effort to “incentivize private landowners and hunters” to work together to bring elk numbers to desired levels in specific hunting districts, the Independent Record reports.

Montana Fish, Wildlife and Parks (Montana FWP) initially developed the bill, which the agency says could potentially “reduce hunting pressure on public lands and improve the odds of drawing some long-shot trophy elk permits.” If approved, landowners with a minimum of 640 acres in the targeted districts would be allowed to sponsor a maximum of 10 nonresident elk hunters. These landowner licenses would be in addition to the 17,000 nonresident licenses already available and those landowner license holders would only be allowed to hunt that landowner’s property with that specific license.

“It’s an incentive approach because a landowner can’t get the 10 tags until the herd is at objective,” said Speaker of the House Wylie Galt. “That means two options: either hunt the herd until it’s at objective or landowners could get together and raise the objective.”

However, opponents to the bill say that it would radically change the state’s current elk management policy. In fact, Backcountry Hunters and Anglers and the Montana Wildlife Federation have openly “criticized the legislation as monetization of elk management” and say that it creates a harsh divide between resident hunters and private landowners, according to the Independent Record.

Historically, Montana FWP has managed over objective districts by increasing the number of antlerless elk tags available and holding special shoulder seasons that run either early or late, depending on which district is targeted. However, according to the Independent Record, those efforts have had mixed success and some hunters say the shoulder seasons are too long or limit access to bull elk during the general season.

The other part of HB 505 would allow residents and nonresidents the ability to apply for a single bonus point and receive five additional bonus points if they say that they “plan to use their general elk license to hunt cow elk on private land in areas over objective,” according to the Independent Record.

“There are a lot of provisions that we do support and the basis of moving toward a more incentive-based approach is one of the things we certainly support,” said Jay Bodner with the Montana Stockgrowers Association. “From our perspective it does offer something to the landowner and hunting community.”

However, those against the extra bonus point offering say it could “skew the system towards hunters willing to sit out the drawing for a couple of seasons.”