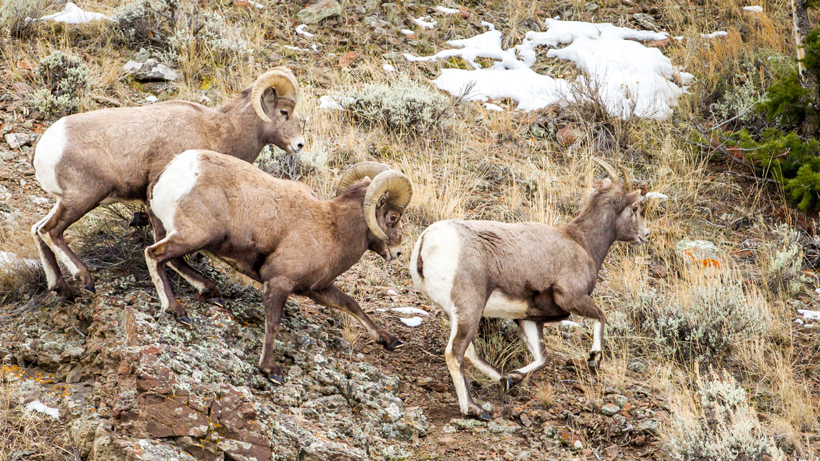 The New Mexico Department of Game and Fish (NMDGF) has announced the removal of more bighorn sheep in an effort to keep disease away from wild herds. The hunt targets bighorn sheep in the Rio Grande Gorge near Taos, New Mexico. Officials say that the wild herd has become too large and by eliminating at least 50 they hope to keep contact with disease-carrying domestic livestock at bay.

As goHUNT previously reported, in January, NMDGF was forced to lethally remove a total of eight bighorn sheep from the Rio Grande Gorge herd because of their proximity to their domestic counterpart. Because domestic sheep are known carriers of bacterial pneumonia, which can decimate wild bighorn sheep herds, the removal in January was proactive in an effort to keep the herd healthy. That same reason is the rationale behind this recent decision.

However, several animal rights groups have spoken out against NMDGF’s decision, suggesting that rather than kill bighorn sheep, the real solution is moving the domestic sheep out of the wild sheep’s range.

“If the domestic sheep remain in such close proximity to wild bighorn habitat, so will the risk of a pneumonia-related die-off in the bighorn herd,” said Melissa Cain, the Bighorn Habitat Campaign Coordinator for Western Watersheds Project, in a press release. “The Bureau of Land Management should instead address these risks by removing domestic sheep from bighorn sheep habitat.”

“It sounds crazy when you say it out loud: We’re killing bighorns to save them,” said Greg Dyson of WildEarth Guardians in a press release. “Instead, we should be looking the root of the problem: people who raise livestock on our public lands for their own personal gain. The Rio Grande Gorge herd is iconic, and people travel from far and wide to view it. Now we’re killing over 10% of this herd so a few people can continue to profit by raising livestock on lands that belong to us all. We’ve really got to get our priorities better aligned with the natural world.”