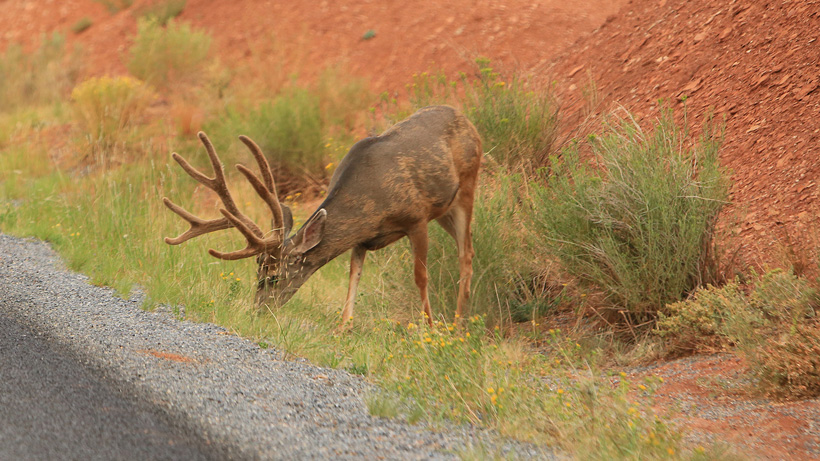 May and June not only bring hotter and drier weather to New Mexico, but also more deer-vehicle collisions according to new data released by insurance company State Farm. In 2016, more than 12% of all deer-vehicle crashes took place in June; less than 7% occurred in May, the Farmington Daily Times reports. The number drops again in July, prompting wildlife biologists to hypothesize a relationship between hot temperatures and access to water.

Donna Thatcher, a museum specialist at the Riverside Nature Center in Farmington, told the Farmington Daily Times that “water is in more demand for deer in June because it's hot and rarely rains, drying up many of their normal water sources,” which is why they cross busy streets to drink from the Animas River. Deer have also been spotted by Farmington animal control park ranger Rebecca Maynard crossing “East Main Street…by the Red Lobster restaurant and farther east near the Melloy Honda car dealership.”

While officials urge drivers to stay vigilant, those driving through San Juan County should take particular care. In 2014 and 2015, the county had the highest number of deer-vehicle collisions within the state; however, Grant County seems to be in the lead for 2016 with 70 crashes (66 occurred in San Juan County), the Farmington Daily Times reports.  Regardless, the spike in this type of collision is short-lived. According to State Farm, there was only a 1 in 415 chance of crashing into a deer while driving in New Mexico in 2016. Compared to Arizona, where it’s 1 in 1,175, these are pretty good odds.

Check out the infograph below to see how your state ranks in the number of deer-vehicle collisions: 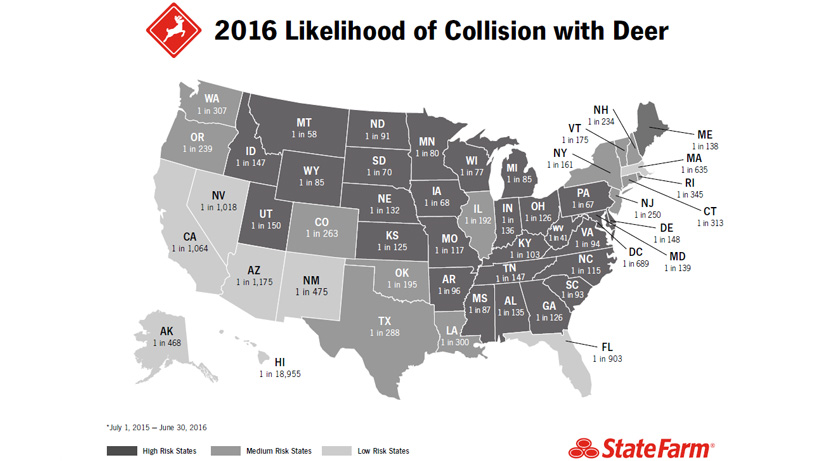