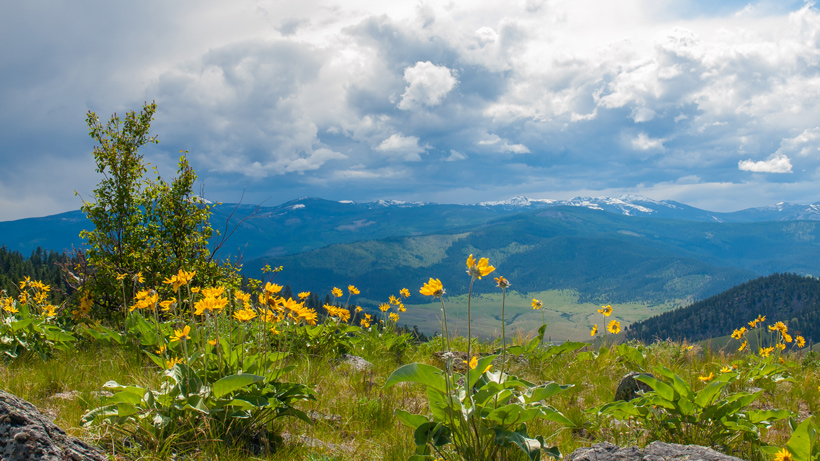 Here’s some good news: A new Interior order signed last week will provide greater access to federal and state land. Acting U.S. Interior Secretary David Bernhardt signed Secretarial Order 3373, Evaluating Public Access in Bureau of Land Management Land Disposals and Exchanges, to “give greater priority to access for hunting, fishing and other kinds of recreation when the government considers selling or trading public land,” the Associated Press reports. This order will create greater access to millions of acres of state and federal land that can currently only be reached by crossing over private property or small parcels of public land.

“Sportsmen and women across the West will benefit from this Interior Department action to sustain and enhance recreational access to BLM public lands,” said Whit Fosburgh, president and CEO of the Theodore Roosevelt Conservation Partnership (TRCP). “In some places, there are small parcels of BLM land that serve as the only means of nearby access to hunting and fishing or as the only access points to adjoining public lands managed by other agencies. The Secretarial Order will ensure that key parcels are valued for this recreational access and help keep these lands in the public’s hands.”

According to the Associated Press, this order not only keeps land that may be sold safe, but also commands BLM to identify other access routes that “could be lost during land sales or exchanges.” Essentially, it keeps lands that may have been blocked open for recreational use. This changes a decades old practice that BLM has been using to dispose of small tracts of land that are usually remote, high value, public land parcels. In the past, these have included areas in Montana Fish, Wildlife and Parks’ Region 7 and the base of the Bighorn Mountains in Wyoming, according to TRCP.

Bernhardt said in a statement that the administration “has and will continue to prioritize access so that people can hunt, fish, camp and recreate on our public lands.”

Other groups along with TRCP are in support of the order, including the Rocky Mountain Elk Foundation, the Association of State Fish and Wildlife Agencies, Pheasants Forever (PF) and Quail Forever (QF).

“We are glad to see that recreational public access was identified as a top priority for the BLM when they make land disposal and exchange decisions,” said Howard Vincent, president and CEO of PF and QF. “We believe this decision will bring great benefits for hunters by sustaining access and opportunity on federally owned lands. We thank the agency for their stakeholder outreach leading up to this announcement and for taking sportsmen and women’s interests to heart.”