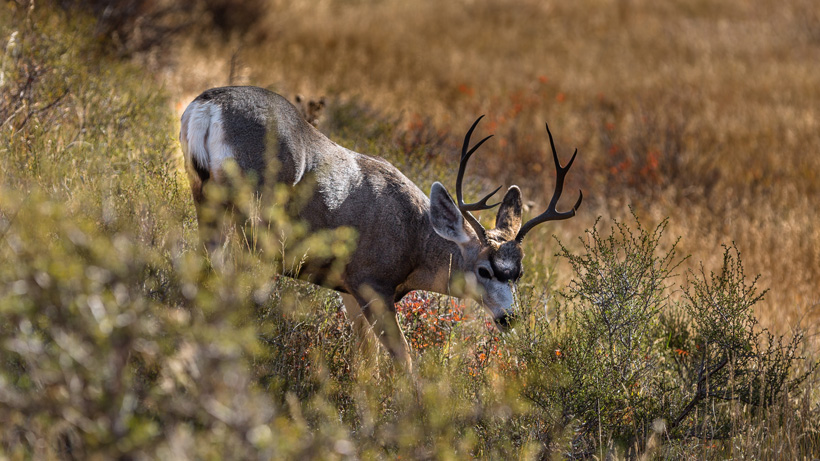 Last week, Gov. Jared Polis signed an executive order that provides funding and support for Colorado big game conservation projects for many years to come. The order, which focuses specifically on winter range and migration corridors, calls for collaboration between Colorado Parks and Wildlife, Department of Natural Resources and the Department of Transportation. The executive order directs the three agencies “to collaborate on migration patterns, regulatory and legislative opportunities for habitat conservation” and “safe wildlife passages that reduce wildlife-vehicle collisions,” Sky-Hi News reports. It will also require public education and outreach opportunities to teach the public about the importance of migration areas.

“Colorado’s natural beauty and wildlife are part of why so many people love our great state,” said Polis. “This is a step toward better understanding and protecting the migratory patterns of Colorado’s wildlife populations and ensuring we can preserve our treasured animals and their habitats.”

According to NBC News 9, over the past 11 years, more than 650 wildlife-vehicle collisions occurred on Highway 9 south of Kremmling through the Blue River Valley. To rectify this high rate of wildlife-vehicle collisions, the state completed a wildlife passage project in 2016 that created “two wildlife overpass structures, five wildlife underpasses, 10.4 miles of eight-foot-high wildlife exclusion fencing, 61 wildlife escape ramps, and 29 wildlife guards.” The new executive order will support projects like this that are aimed at guaranteeing safety for Colorado’s big game populations through initiatives aimed at winter range and migration passage.

“Migration corridors are essential for healthy herds and wildlife habitat,” said Don Holmstrom, co-chair of the Colorado Chapter of the Backcountry Hunters & Anglers. “Since 2001, Colorado has lost more than half a million acres of habitat due to development and our growing population. Governor Polis’ executive order has given sportsmen and women a valuable tool to protect migration corridors, and BHA thanks the governor for his leadership on this issue.”