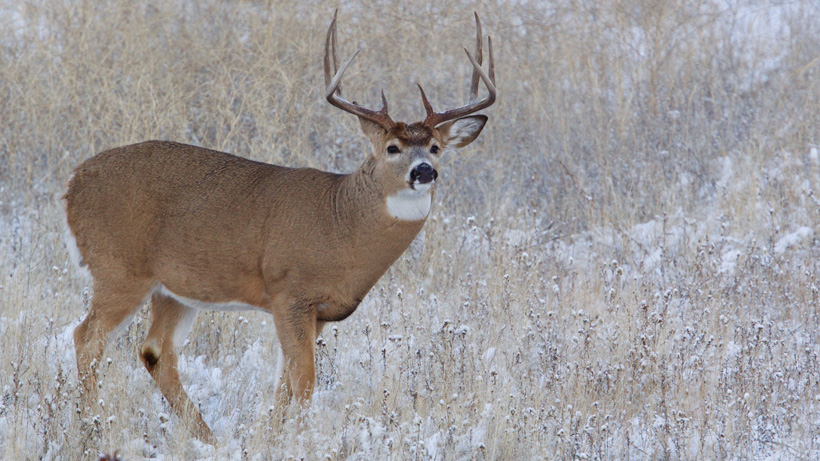 The City of Chadron Deer Management Program was approved earlier this week during a city council meeting in Nebraska. The program, which is in collaboration with the Nebraska Game and Parks Commission, will hopefully decrease deer conflicts that range from property damage to vehicle collisions to disease control, the Rapid City Journal reports.

Because of the potential concern of chronic wasting disease (CWD), options that included a “trap and transplant program” as well as “herding the deer out of town” were not feasible in order to keep the disease from spreading to other areas. According to the Rapid City Journal, there’s roughly 225 mule deer roaming within a seven square mile area with additional deer near more available food sources, refuge and/or shelter.

The approved plan calls for damage control permits for the city and additional permits to private landowners within that seven square mile area. This will allow “for more targeted removal within city limits and the surrounding area” and will begin right away with the first round directed at any animal that appears to be infected with CWD, according to the Rapid City Journal. Those who test negative for CWD will be donated and individuals interested in obtaining one of these deer can sign up with the commission.

The program will run through late March or early April “to avoid getting into the late pregnancy dates or harvesting does with fawns that would be orphaned,” according to commission member Rick Arnold.

Chadron Police Chief Tim Lordino said that “there will be coordination with local police and the state agency” and that “it’s important to advertise and inform the public that deer are being harvested and the meat is available, and continue to coordinate and gather a list of people who can provide gutting services and/or want meat.”

The council anticipates an update to whether or not the deer management program was a success during its April meeting.