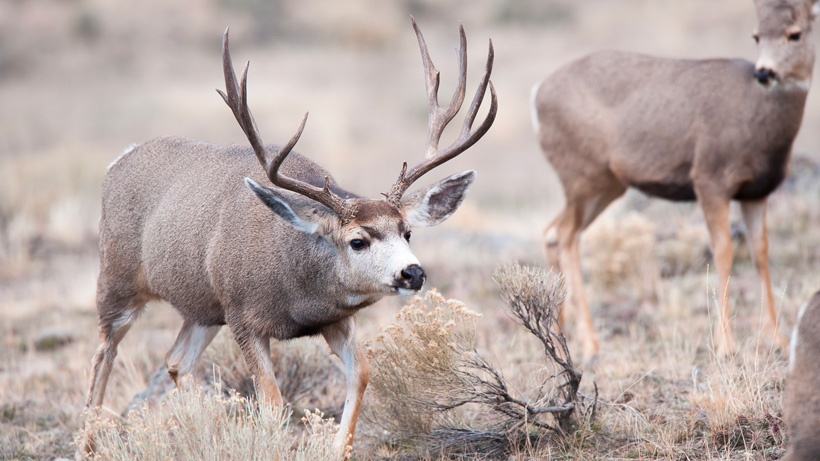 Mule deer migration is an important component to species survival. By identifying key habitat and other aspects that support historical migration routes, researchers can determine where on-the-ground improvements and conservation projects need to be established. And the topic isn’t only interesting to westerners. Hannah Manninen, a graduate student at Southern Illinois University Carbonale, is currently working on research that identifies mule deer migration routes within the Navajo Nation. Her research could potentially lead to answers about mule deer population decline in that area, the Star Courier reports.

“The aim of the project is to determine migration routes for mule deer populations on the Navajo Nation, as well as determine the start and end dates for migrations,” said Manninen. “Looking at the home ranges and seasonal ranges of GPS-collared individuals will help us to determine what habitat is being most used by mule deer. From our findings, we will be able to prioritize specific habitat and protect areas commonly used.”

While a variety of factors have resulted in lower populations of mule deer, Manninen said that the decline is “even more pronounced on the Navajo Nation” due to “habitat loss, overgrazing by livestock, disease and predation.”

“Declines are a cause of concern because mule deer are economically and traditionally important and can cause loss of hunting opportunities and revenue to the Navajo Nation, as well as other management agencies,” said Manninen.

Manninen, who began the project in January 2019 and hopes to complete it by this August, spent time in the field on the Navajo Nation looking for fawns to attach GPS collars to during the spring birthing season, according to the Star Courier. She also went to sites where mule deer were found dead “to determine the cause of death.” Trail camera footage set up in these areas saw mountain lions and bears that fed on the mule deer carcasses, proving that predation was definitely part of the problem.

Manninen worked with biologists with the Navajo Nation Department of Fish and Wildlife who used a helicopter to capture and collar additional mule deer, resulting in Manninen being able to keep tabs on 99 animals.

“All the mule deer we captured and collared have GPS collars, so I was able to switch gears in August of 2019 and work remotely from my computer in Carbondale,” said Manninen. “With the collars, I’m able to receive the mule deer locations information anywhere that I have an internet connection.”

This has been a special project for Manninen because of her involvement from start to finish as well as the reach that her involvement in this type of conservation project shows for those interested in getting involved in similar research in the future.