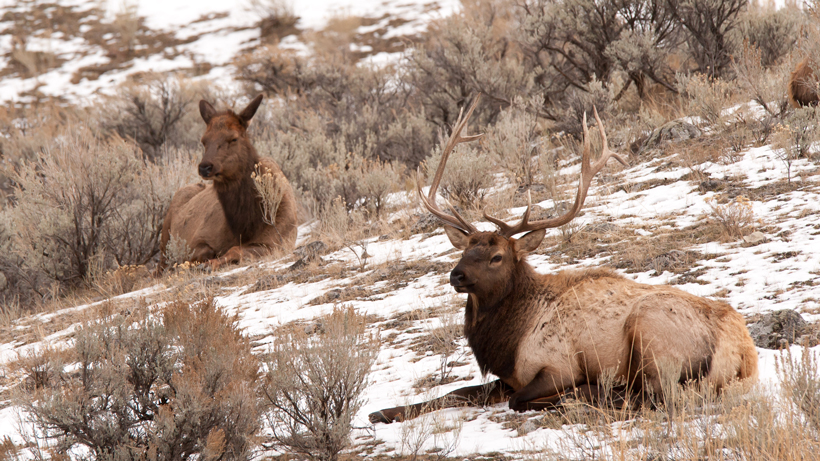 With the rampant spread of chronic wasting disease (CWD) across 24 states and two Canadian provinces, the news that CWD has the potential to infect humans cannot be ignored. While previously believed that CWD could not spread to humans, a recent study by the Canadian Food Inspection Agency (CIFA) discovered that the threat of CWD contamination is actually a major hazard to human health.

As goHUNT previously reported, Dr. Stefanie Czub, head of the virology section of the CFIA, released the information as a health advisory a few months ago. Her research using cynomolgus macaques (primates closest to humans and approved for medical research) found that “under specific experimental conditions [CWD] has the potential to cross the human species barrier, including by enteral [oral] feeding of CWD infected muscle.”  Through the study used 18 macaque monkeys, three of five that were fed infected whitetail deer meat developed CWD over a three-year period. Two monkeys that had infected matter exposed to their brains also developed CWD.

“The ‘supposed’ resistance of macaques was about the only prop remaining in the complacency wall (macaques’ genetics are closer to ours than squirrel monkeys, which also can contract CWD), but this is just the tip of the iceberg,” Darrel Rowledge, director of the Alliance for Public Wildlife, said in an interview with Josh Honeycutt of Realtree’s Brow Tines and Backstrap blog. Rowledge presented on CWD at the 2017 Deer Summit in Texas. “The implications to markets are enormous, and governments here may have finally begun to take notice.”

Because of this potential hazard, hunters need to know if the animal they harvest is safe to eat. The Sustainable Agriculture and Wildlife Corp, LLC (SAWCorp) have created the first blood test for CWD that hunters can use to test deer and elk. The patented test is still awaiting USDA approval for use in deer farming and federally managed lands; however, hunters can order the blood collection kits through the company’s website. The test kit costs $9.95 and the results will cost you another $40.00. According to SAWCorp, the hunter collects a blood sample in the field and sends it to SAWCorp’s lab, which is the National Agricultural Genotyping Center in Fargo, North Dakota, in a prepaid envelope. Test results are delivered within seven to 10 days.

“This is an important day for hunters and for the hunting industry,” said Dr. Rick Vierling, head of SAWCorp’s Science Advisory Board and also an avid hunter, in a press release. “We finally have a way of helping to stop the spread of CWD and insure that our harvested deer and elk are safe and CWD free.”

Note: A statement from the United States Department of Agriculture Animal and Health Inspection Service (APHIS) reports that SAWCorp's treatment is not APHIS-approved. APHIS does not recognize protein misfolding cyclic amplification (PMCA) prion blood tests as an official test for CWD, bovine spongiform encephalopathy, or scrapie. While APHIS supports emerging technologies, no company has submitted the data needed for APHIS to evaluate the PMCA prion blood test. In addition, APHIS is aware of no peer-reviewed scientific publications that establish the efficacy of PMCA as a detection method for CWD in cervid blood.