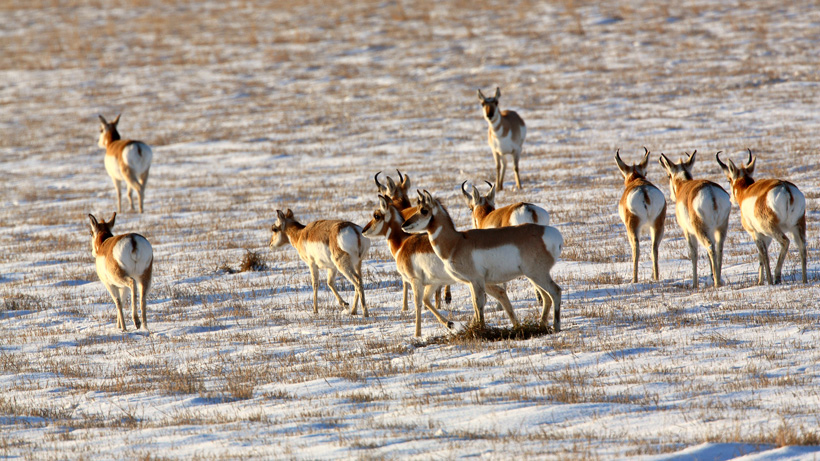 It's the result of a collaboration between federal, state and tribal agencies so that wildlife managers can pinpoint areas where they can work to support healthy herds as well as “provide cultural significance and economic benefits to regional communities.”

“Many ungulate herds have to migrate to thrive on the strongly seasonal landscapes of the American West. These corridor maps make it possible to manage those critical movements,” said Matthew Kauffman, a wildlife biologist with the U.S. Geological Survey (USGS) and the University of Wyoming, who is the report’s lead author.

Both volumes will give state and tribal wildlife agencies a way to identify key migration corridors that have been hindered by oil and gas development and other residential and recreational encroachment. It will allow agencies to determine where to build road underpasses and overpasses to limit wildlife-vehicle collisions, target where it’s essential to remove old, impassible fencing, and protect critical agricultural lands from development.

“The big-game corridor mapping program is strongly supported by western fish and wildlife agencies and serves as a model of how empirical science facilitates collaborative, landscape-level conservation efforts through state and federal cooperation,” said Zachary Lowe, executive director of the Western Association of Fish and Wildlife Agencies. “I am hard-pressed to think of many other successful landscape conservation efforts that have garnered such broad support from these diverse stakeholders so quickly.”

New for Volume 2 is a new series of maps that maps two mule deer herds that migrate across the Wind River Indian Reservation in Wyoming, which is managed by the Eastern Shoshone and Northern Arapaho Department of Fish and Game. Other highlights include migrations that cross state boundaries like the Sheldon-Hart Mountain antelope and the Paunsaugunt mule deer that migrate between Utah and Arizona, according to the press release.

“This migration research comes at a pivotal time as we tackle the threats of nature loss and climate change,” said Jamie Williams, president of The Wilderness Society. “We commend the Department of the Interior for its commitment to strong collaboration with state and tribal wildlife agencies. This report makes the science clear and, with these maps in hand, local communities can work with state and federal land managers to sustain the vital habitats these herds require to move and thrive across the West.”

Also new for this volume is an interactive component that allows you to check out the maps in real time.