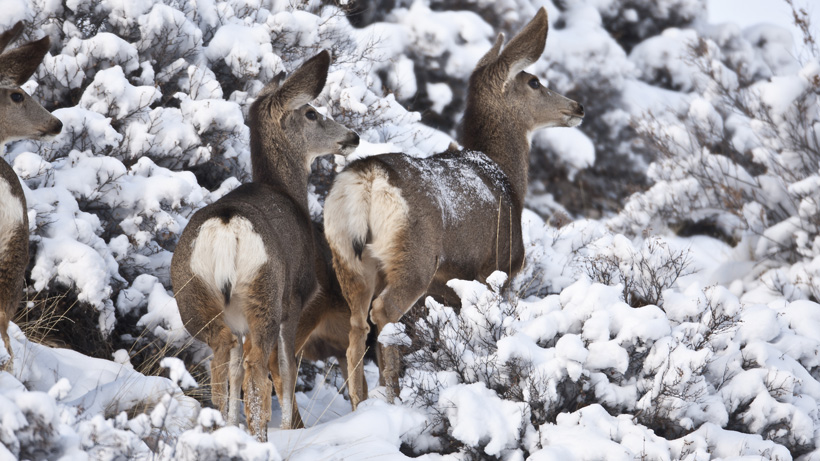 In Montana, it’s capture and collar season as thaw begins and wildlife begin their annual spring migration route. Over the past two months, wildlife officials have collared elk, mule deer, bighorn sheep and antelope in an effort to “learn more about their use of the land at different times of the year” and assess the spread of diseases like brucellosis in Greater Yellowstone Area elk and chronic wasting disease (CWD) in mule deer, the Billings Gazette reports.

This year, Montana Fish, Wildlife and Parks (Montana FWP) biologists began eight new antelope studies across the state with one focused specifically on tracking antelope in the Paradise Valley because of the swift decline in the area. According to the 2020 Montana Action Plan, “[Antelope] that winter in the Paradise Valley near Gardiner are partially migratory, with some animals moving into Yellowstone National Park, using a well-defined migration route near Mount Everts, and some animals remaining on winter range near Gardiner year-round.” Poor forage condition may be hurting overall population and other animals have “moved to a new winter range farther north,” according to the Billings Gazette. 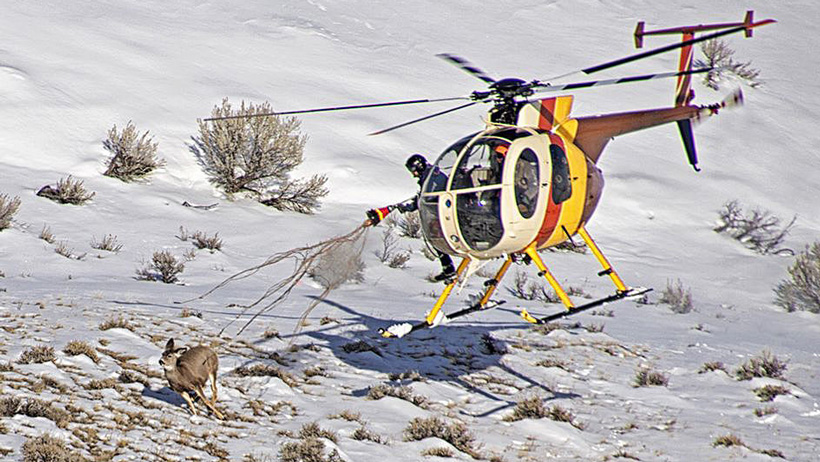 Researchers also want to understand why antelope are thriving in southeastern Montana while those in central Montana never fully recovered from a bad winter in 2011 and a bluetongue disease outbreak in 2011-12.

Antelope are prone to stress, which makes for a streamlined capture and collar process essential. According to the Billings Gazette, the team has it down to five minutes or less. Once an animal is netted, it is “untangled, hobbled, blindfolded, blood is drawn, a nasal swab is taken to test for disease, an ultrasound measures body fat on the animal’s rump and a GPS collar is attached.”

“A big part of the statewide effort is to collect more baseline information,” said Proffitt.

Other GPS-based studies center on mule deer in Carbon County and elk in the Devil’s Kitchen area between Helena and Great Falls. In the Devil’s Kitchen, wildlife managers want to understand “where the elk live, when they move, and how they get to the locations at different times of the year,” according to the Billings Gazette. In Carbon County, researchers are tracking deer to better understand how or why there’s a higher occurrence of CWD.