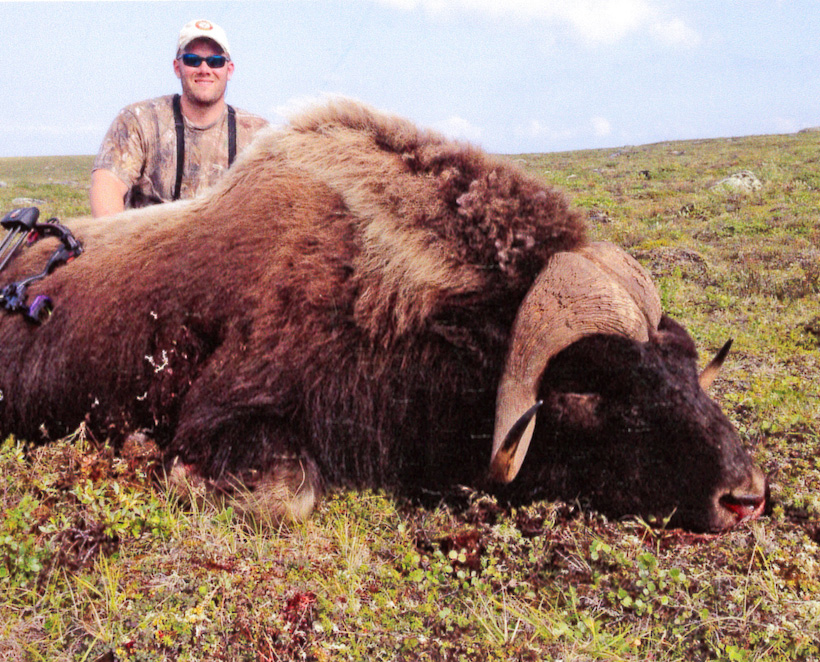 Pope & Young is reporting a potential new world record muskox. Here's the story: Brian Keith traveled to the Contwoyto Lake region of the Nanavut Territory in Canada to hunt muskox in August of 2013. On the fifth day of the hunt, he made a successful stalk and was able to harvest an exceptional bull muskox with his bow.

While Keith's muskox currently scores more than the current World's Record, it is still subject to Pope & Young's Panel Judging verification, which may change the final accepted score. Prior to the 2015 convention and banquet, trophies like this one are requested to be sent to a designated site for official panel judging.

Congratulations to Brian Keith on this incredible animal! The Keith family are longtime friends and loyal supporters of the Pope and Young Club (several of whom are members). They donate a Texas whitetail deer hunt on their ranch for the conservation fundraising auction at each P&Y National Convention. Look to see this outstanding North American big game specimen — plus roughly a hundred more of the largest taken over the last two years — on display at the Pope and Young Club’s National Convention in Phoenix, Arizona, April 15-18, 2015.