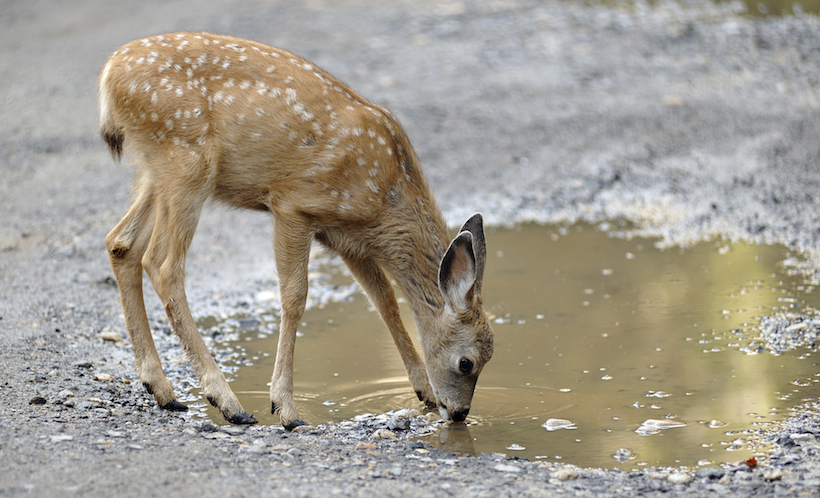 As of June 25, 2014, the entire state is in drought, with over 40% in extreme drought and 11% in exceptional drought. It has now been three years, though, of persistent drought, and it is taking its toll on Nevada’s wildlife. As food supplies disappear and water sources dependent on runoff from snowfall dissipate, the state’s animals are struggling to survive.

The deer population in Nevada is steadily shrinking. Without moisture, the grasses and plants the deer depend upon for sustenance have become more scarce. Lack of water has also caused the available forage to be less nutritious. With a poorer physical condition, the deer are more susceptible to the elements, to disease and to predators. Experts like Cody Schroeder, Nevada’s resident mule deer biologist, say this is particularly worrisome when it comes to fawns born this summer as they are “much less likely” to survive through next winter.

“The worst combination of weather events is a drought followed by a heavy winter. That can push them over the edge,” Schroeder said. 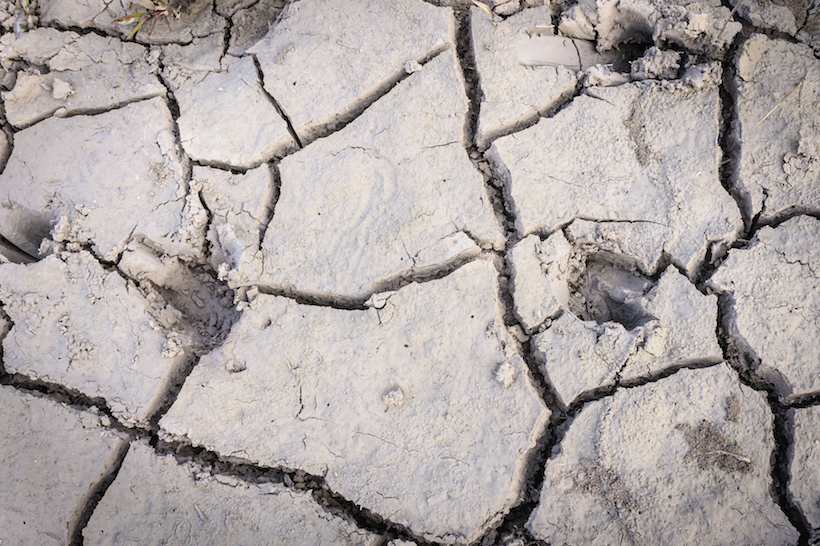 Experts are also concerned about Nevada’s wild horse population. The U.S. Bureau of Land Management (BLM) is keeping a close eye on the estimated 25,000 wild horses wandering across the state’s parched landscape in what has become an increasingly difficult search for food. While spring rainfall has helped to create some amount of forage for the horses, the outlook for late summer is unknown.

“Right now the horses are in fair condition. They haven't started the progression downward yet in body condition," said Alan Shepherd, the wild horse and burro program leader for BLM Nevada. "In the next couple months it will probably be more noticeable that the horses are being impacted by the temperatures and the dry conditions.”

While the BLM could potentially haul water to the most stressed herds or round them up for relocation, the drought poses added challenges to finding the resources to carrying out these measures.

"We just hope it doesn't hit us so hard the animals are in a real dire condition because that makes gathers all the more difficult," Shepherd said.

The drought is also forcing some animals into urban areas in search of food and water.

In the Reno-Sparks area, rodents and snakes, followed by their predators, are coming closer to homes as they search for shelter and foraging.

This summer could also pose a problem when it comes to bears around Lake Tahoe. Due to the drought, bears are not finding the berries and vegetation upon which they normally depend. Experts warn residents and visitors that the current situation could very likely echo the summer of 2007, when drought conditions led to an unprecedented surge of bear problems where the animals broke into dumpsters and homes in search of food.

“We certainly could, by the time fall rolls around, see something like that again,” said Carl Lackey, Nevada’s bear biologist. “I hope not, but it could be as bad. It’s already been a busy spring, and I don’t anticipate it getting any better. We’re probably going to get buried.”