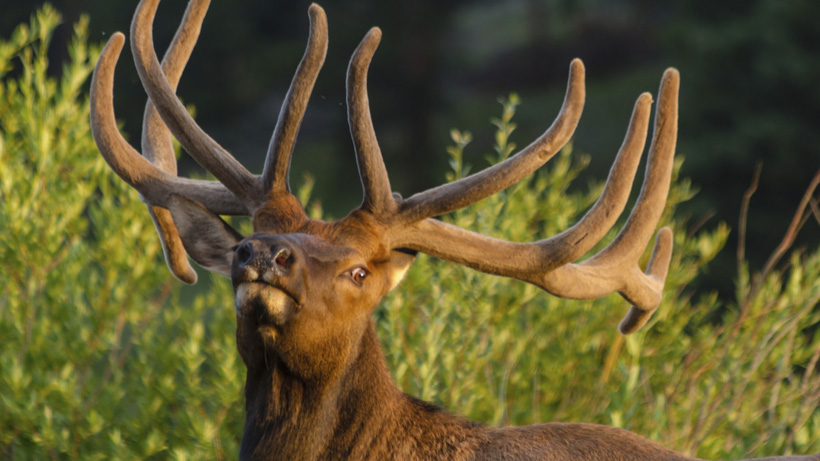 Listen up, Nevada elk hunters: the Nevada Board of Wildlife Commissioners (NBWC) announced the changes for the 2017-18 elk season during its February meeting, ignoring the recommendations of the Elko County Wildlife Advisory Board (ECWAB) for areas east and west of U.S. Highway 93. And Nevada Department of Wildlife (NDOW) game biologists say that the new big game hunting seasons will most likely cause some confusion and anger for hunters this season.

According to the Elko Daily Free Press, the areas affected include Units 072, 073, 074 and 075, which will be on a different schedule for the upcoming elk season than Units 076, 077, 079 and 081. In fact, NDOW game biologist Kari Huebner admits that the changes are incredibly complex and “the seasons that are west of (U.S. Highway) 93 are treated one way and the seasons east of 93 are treated another way.”

Increased chance to hunt velvet bulls and more competition in 2017

“They changed the Area 7 recommendations for hunting seasons on the commission level and it is a mess from what I can tell,” ECWAB Chairman Bert Gurr told the Elko Daily Free Press.

While the NBWC makes a point to gather information from the county advisory boards – for this issue, they received comments from 17 of them – ultimately it is up to the nine people who were appointed to the board by the governor to make the final decision on annual wildlife regulations. According to the Elko Daily Free Press, here are some of the details on the approved changes:

Huebner said she is worried that there may be too many people out hunting at the same time.

While the seasons are set for 2017-18, Heubner says that NDOW plans to recommend the seasons be re-evaluated next year because of the issues that are already clear in the current regulations for the upcoming season. She says that most hunters will be surprised at the changes and elk season overlap when they sign up for tags this year.

“They’re not going to realize this until they’re out there hunting and then they’re going to be pissed,” says Heubner.