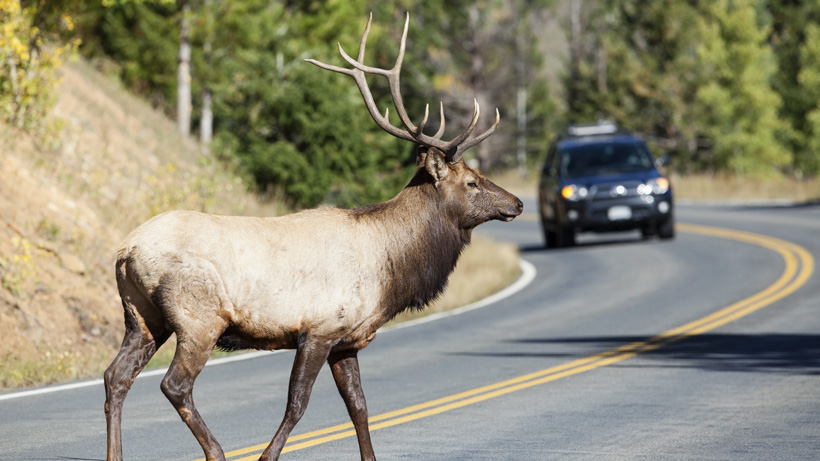 In Nevada, decreasing the number of vehicle-wildlife collisions is a top concern. Last month, the Nevada Department of Transportation (NDOT) released a study that identified ways to create safer highway crossings for big and small game and protect key migration corridors. The study, which was completed with the cooperation and funding of 13 partners, utilized data from 2018 to 2021 to analyze “the effectiveness of 30 different current mitigation tactics” that ranged from wildlife fences and over/underpasses, increased signage and more, according to The Nevada Independent.

Researchers found that wildlife fences and over/underpasses decrease the number of vehicle-wildlife collisions and help protect habitat connectivity by over 85% compared to increasing the number of driver warning signs, which was found to be less than 50% effective. Wildlife crossings have proven to keep animals safe and Nevada constructed its first one in 2010.

“There's about 20 overpasses throughout the entire U.S., but we have six here in Nevada, so we have 25 percent of the overpasses,” said Nova Simpson, NDOT’s biological supervisor and the technical lead of the study.

“I always say, no system is perfect, we do the best we can,” continued Simpson. “But our roads in general are a huge barrier for animals and by us adding, let’s say, a big fencing project, it is always possible that you're impacting the species that are smaller, that aren't moving great distances.”

However, not all wildlife use the crossings or move in a similar manner. While antelope leap fences at fast speeds, desert tortoises tend to traverse shorter distances at a much slower pace. As a result, NDOT and the Nevada Department of Wildlife (NDOW) are currently “taking behavioral differences into consideration” as they move forward with ways to mitigate vehicle-wildlife collisions.

“When we can, that's where we're upgrading and providing that range land fence that still keeps cattle off the road, that will allow the [antelope] to go underneath or the mule deer to jump over, so we're not excluding the animals,” said Simpson.

The study also identified other key data points like habitat size, animal movement tracking and noise collection in relation to roads and other human-created infrastructure that could impede an animal’s natural movements.

“On the human collision side of things, if they’re built and the fencing is in place, they’re effective right away. But for the wildlife connectivity part, it may take years to improve that connection for the herds to build back up,” said Cody Schroeder, a NDOW mule deer biologist.