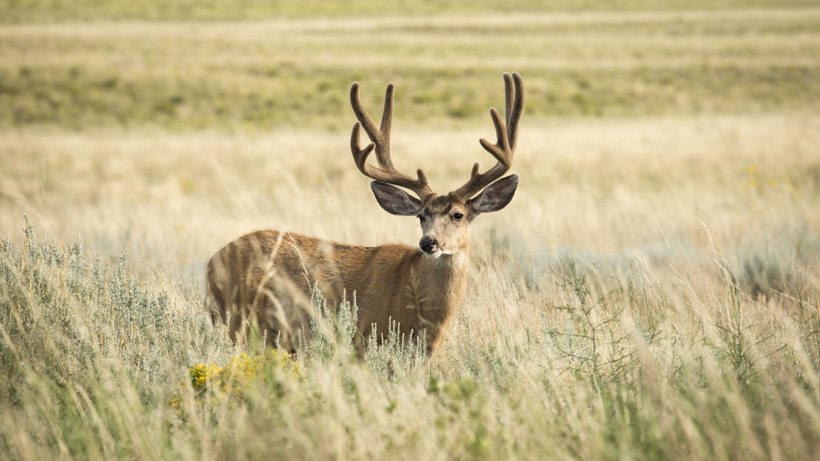 During the 2019 legislative session, Nevada adopted statutory restrictions on importing portions of harvest animals. These new regulations are to limit the spread of chronic wasting disease (CWD). 40 states and seven Canadian provinces have implemented restrictions on the importation of portions of harvested deer, elk and moose that can be brought into their states. According to the Nevada Department of Wildlife, currently CWD is found in 25 states and provinces, but not in Nevada.

NDOW letter mailed out to hunters.

What you CANNOT bring back into Nevada

It is now unlawful for you, your agent, or employee to knowingly bring into Nevada or possess the carcass or any part of the carcass of certain animals including, without limitation, of any elk, mule deer, white-tailed deer, moose, reindeer, caribou, or fallow deer which were obtained in another state, territory or country. Or any alternative livestock or any other animal which the State Quarantine Officer has, by regulation, declared to be susceptible to chronic wasting disease and prohibited from importation into Nevada. A person who violates that prohibition is guilty of a misdemeanor and is subject to the payment of certain civil penalties for the violation.

What you can bring back into Nevada

It is lawful for you, your agent, or employee to bring into Nevada the following parts of the carcass of any of the animals listed above:

NDOW urges hunters to please help to keep Nevada CWD free by following these regulations. For more information, you can check out a recent NDOW podcast episode on these new regulations here.

As a preventative measure in Nevada, NDOW recommends that if the deer or elk carcass is brought out of the field, the best practice to dispose of the carcass is to bury the head and spinal cord, or dispose of it an approved landfill closest to your location. Please see a list of approved landfills in your area. If you take an animal in another state, you should follow that state's CWD disposal guidelines.