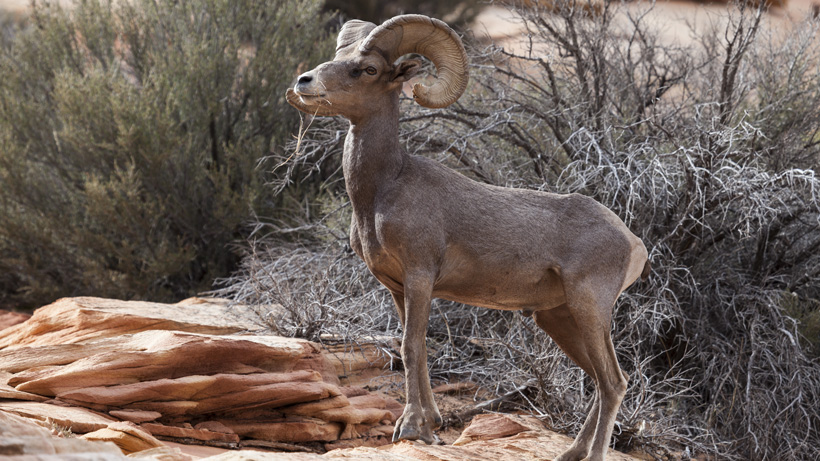 “We’re trying to reduce the population in a natural way and it benefits Utah for them to have a clean source herd of animals,” said Erin Wood, a biologist with the Nevada Department of Wildlife (NDOW).

NDOW wildlife officials captured the animals – four rams and 26 ewes and lambs – using helicopters and nets, according to FOX 5 Vegas News. Biologists took blood and tissue samples and examined the animals prior to their relocation. Once they are transported to Utah, they will be released at the Skyrider Wilderness Ranch located in Tabiona, Utah, in the foothills of the Uinta Mountains.

“We have between a thousand- and two-thousand acre ranch with a high fence around the whole thing and we going to run them loose there to see how they do,” said Derrick Ewell, a wildlife biologist with the Utah Division of Wildlife Resources (UDWR).

While this is the first time bighorn sheep have been relocated between Nevada and Utah, it won’t be the last. NDOW and UDWR plan to relocate 60 more bighorn sheep over the next two years.