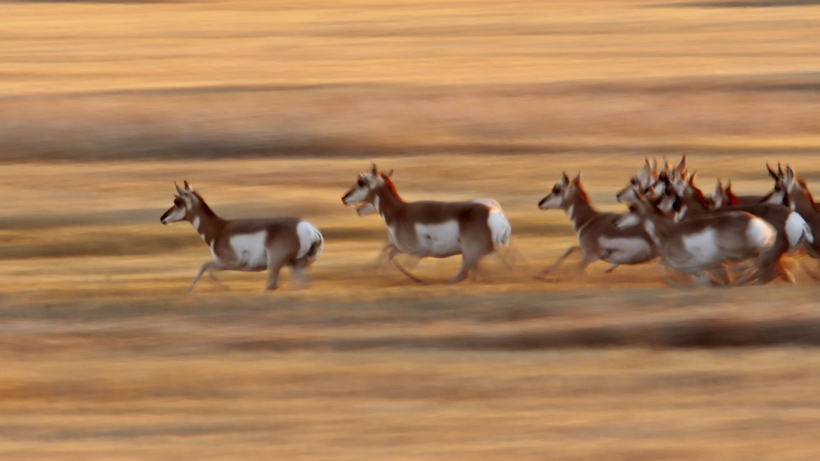 Conserving key sagebrush habitat in the Silver State just got the greenlight from Nevada Governor Steve Sisolak. On Monday, the governor signed an Executive Order that establishes the Nevada Habitat Conservation Framework and “aims to reverse the long-term trend of loss of Nevada’s wild landscapes, which have suffered from climate change, wildfire, invasive species, and habitat fragmentation.”

“Nevada’s wild landscapes provide the clear air, clean water and open space that are integral to a healthy economy and our way of life,” said Sisolak. “Whether it is mule deer or desert tortoises no animal thrives without a healthy ecosystem, and this executive order puts a crucial focus on the corridors through which wildlife migrate to survive.”

Working with key stakeholders that include conservation groups, private landowners and tribal communities, the Nevada Department of Wildlife will use the “best-available science” to identify key migration corridors and seasonal habitats, according to a Theodore Roosevelt Conservation Partnership (TRCP) press release.

“This plan recognizes the urgent need to ensure Nevada’s big game populations can continue to move across the landscape and access the seasonal habitats they need to survive,” said Carl Erquiaga, field representative for TRCP. “By working together, we can come up with a plan to restore and connect critical habitat for mule deer, [antelope], and bighorn sheep. We thank Governor Sisolak for his continued focus on conservation issues that support our rural economies.”

According to TRCP, over 50% of the state is comprised of sagebrush habitat with over 367 species of plants and animals that live within what’s known as one of the largest, interconnected ecosystems in North America. It’s also where the majority of mule deer, antelope and bighorn sheep migration corridors are located. Unfortunately, it’s also considered “one of the most imperiled [habitats] in the U.S.”

“Nevada’s Habitat Conservation Framework could help pave the way for increased partnership between the Nevada Department of Wildlife and federal agencies, like the Bureau of Land Management which is responsible for overseeing 48 million acres in Nevada,” said Madeleine West, director of TRCP’s public lands program. “We are hopeful that federal land managers will increase their focus and investment in migration conservation across the West. Doing so is critical to conserving and restoring the important habitats that sustain the region’s storied big game herds and hunting traditions.