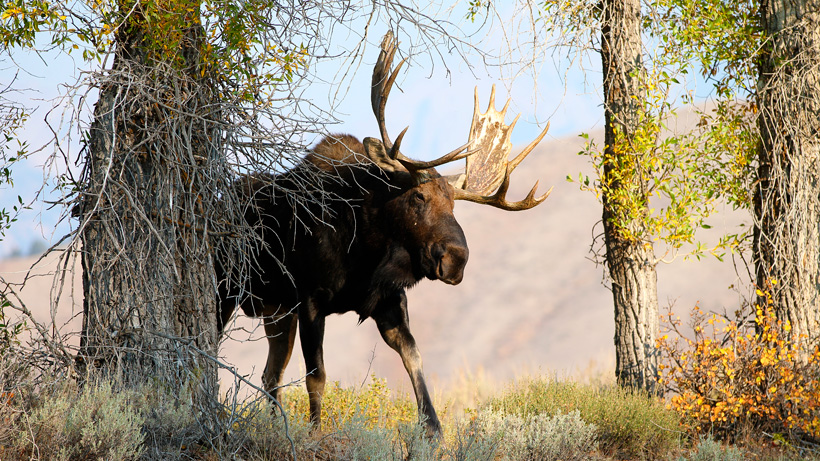 Will a hefty reward make someone come forward? $10,000 is on the table for anyone with information that leads to the arrest or conviction of the poacher responsible for illegally killing a bull moose 20 miles southeast of Jarbidge, Nevada, in December. Thanks to a $2,500 donation from residents Jelindo and Sandee Tiberti and other donations from Nevada Bighorns Unlimited (NBU) and the Fraternity of the Desert Bighorn (FDB), there is now a major incentive for someone to share information about the case.

“As an avid sportsman, I know hunting is used as a wildlife management tool by the Nevada Department of Wildlife and biologists to conserve and enhance Nevada’s wildlife,” said Jelindo Tiberti, a longtime sportsmen and member of the FDB, in a press release. “Poaching, on the other hand, is just a criminal act and not hunting. If hunters don’t stand up to protect these animals, who will?”

As goHUNT previously reported, the beheaded animal was discovered on Christmas close to hunt Units 072 and 075, “near the intersection of O’Neil Basin Road and the access road to Sun Creek,” according to the Reno Gazette Journal. The state does not have a moose hunting season and with only 25 to 40 moose within the state, many are angry that someone decided to kill one illegally.