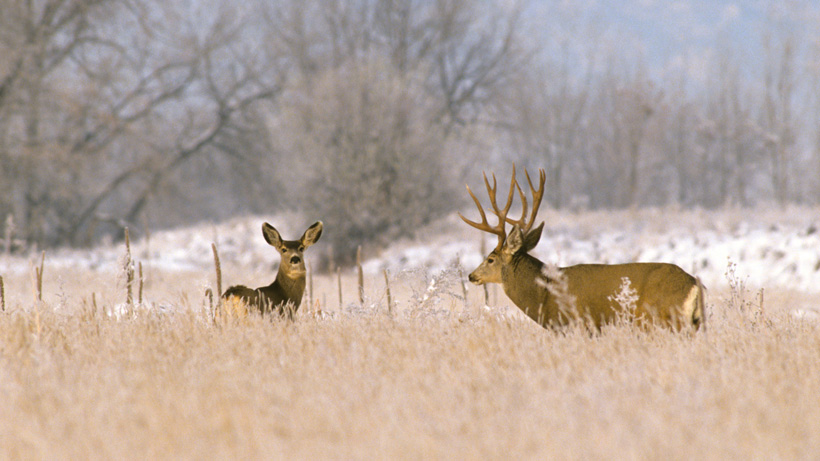 Thousands of mule deer are already migrating from winter to spring range in Nevada, traveling routes passed down from mother to young over countless generations. While this annual migration isn’t new, how the deer are crossing major highways and interstates is. Nevada Department of Wildlife (NDOW) biologists are discovering that mule deer are using wildlife crossings installed to limit vehicle collisions and, essentially, to keep spring migration uninterrupted and business as usual.

For example, in NDOW’s Area 7, mule deer must cross Highway 93 and Interstate 80 as part of their annual migration, crossing from the Pequop and Toano mountains to areas south of the Jarbidge Mountains, according to the Elko Daily Free Press. NDOW Game Biologist Kari Huebner says that they anticipate about 4,500 deer to cross I-80 east of Wells and about 6,000 deer to cross Highway 93 north of Wells. And, because wildlife crossings are well-established in these areas, biologists have discovered that the majority of mule deer are using them.

According to Huebner, “they are used to the crossings and go straight across with no hesitation or wandering around.” This is because the knowledge of using these crossings are now being passed down from doe to fawn and becoming part of the historical, instinctual route that the deer follow. Huebner says that the current herd of deer “probably do not remember the old, dangerous, highway crossings” because these crossings “have become a natural part of their world.”

Highway 93 has two crossing spots while I-80 has six, the Elko Daily Free Press reports. And they aren’t only reserved for mule deer. Other wildlife like antelope, elk, badgers, coyotes and mountain lions have used the crossings and NDOW has the trail camera footage to prove it.

Western states take wildlife migration seriously. Wyoming’s Gov. Mark Gordon recently signed an executive order to protect three existing corridors in the state and, last month, the Pew Charitable Trusts conducted a survey within Nevada to gauge how supportive residents were towards protecting migration routes used by elk, deer, antelope and other wildlife as well as creating man-made crossings for these animals to use. The poll found 93% of registered voters in favor of both.