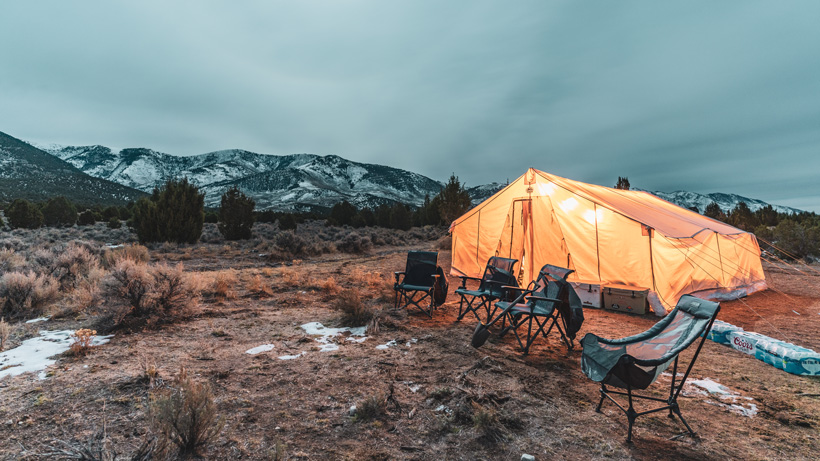 Nevada hunters help local economies through their hunting dollars. A new study conducted by the University of Nevada, Reno (UN-R) in collaboration with the Nevada Department of Wildlife (NDOW) analyzed data from 2020 and looked at the amount of money spent on travel and hunting expenses as well as hunting-related expenses like all-terrain vehicles, firearms, ammunition and campers, according to a press release.

The conclusion? Big money comes from big game and upland game hunters, which positively impacts rural communities where “wildlife is plentiful,” particularly in Elko, White Pine and Lincoln counties. In 2020, hunters spent about $380 million on hunting in Nevada. And the spending was nearly identical to that in 2019, meaning that the COVID-19 pandemic did little to deter the amount of money spent and the number of hunters who hunted.

Researchers worked with NDOW to collect expenditures via a survey sent to 2,000 hunters, which resulted in two additional reports: Hunting-Related Economic Activity in Nevada and Hunter Expenditure in Nevada. These were produced in partnership with UN-R’s Department of Economics, Extension and Experiment Station’s Nevada Economic Assessment Project.

“More people want to hunt big game animals here in Nevada than there are available big game hunting tags,” said Michael Taylor, a co-author of the reports. “That’s what makes hunting kind of a recession-proof industry. There are so many people who want to go, that demand stays strong even during an economic downturn.”

Two interesting takeaways from the study were that the majority of hunters lived in Washoe and Clark counties while the biggest economic impact were where the most tags were issued: Elko, White Pine and Lincoln counties. Yet, the amount of economic impact varied based upon the type of tag issued.

NDOW’s Bobby Jones, who works as the outdoor connection coordinator, said that “the hope is that information from the report will help small businesses, county commissioners and other decision-makers better understand how conserving Nevada’s natural resources and providing sustainable opportunities for Nevadans to hunt, fish, hike and camp supports the state’s economy.”

Prior to this research, the economic relationship between hunting and the state economy wasn’t available.

“Generally, people are aware that hunting exists and support legal, regulated hunting, but are not hunters themselves, and even hunters might not sit down and pencil out exactly what they spend on hunting each year,” said Jones. “Before this report, there was not enough information available to show exactly how hunting in Nevada impacts our economy.”

“In comparison to this report, most national survey data severely underestimate hunter spending in Nevada,” continued Jones. “Knowing this, we’re curious to know if that is the same for other outdoor pursuits, or not. If hunting generates almost $400 million per year, are fishing or wildlife viewing bigger economic drivers than we realize? Possibly, but we can’t know without moving forward with a similar effort if we want to know for sure.”