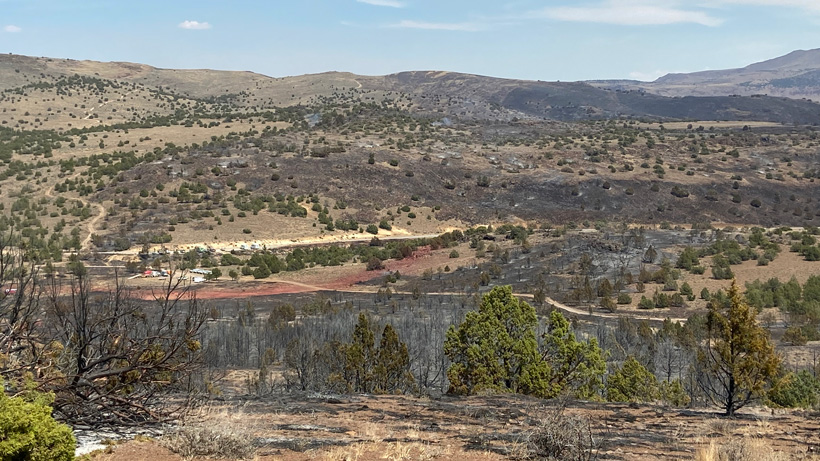 Over 13,000 acres burned after lightning started a wildfire near Poodle Mountain in Nevada last Wednesday. More than 400 personnel have been fighting the fire over the past few days, which threatens sage grouse habitat as well as energy infrastructure, according to the Reno Gazette Journal.

As of Sunday, Aug. 16, the fire had grown to 13,606 acres. To contain the blaze, firefighters used fire containment lines constructed by bulldozers when possible or by hand when necessary north of Squaw Valley Creek Reservoir after the fire jumped Highway 447 on Aug. 13. Crews used helicopters to funnel water from the reservoir onto the spreading flames. Fire engines were also on the scene and deployed where possible, according to the Reno Gazette Journal.

On Aug. 17, it was reported that the fire was contained at 93% and the Bureau of Land Management anticipated its full containment by Saturday night, according to KTVN News. 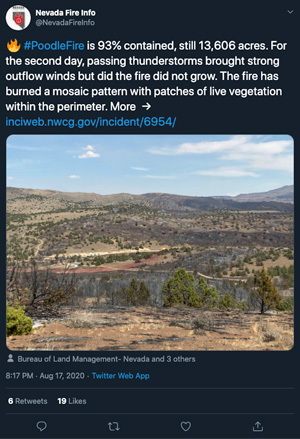 No injuries have been reported. Crews are currently working to limit the effect of the wildfire on houses and power lines nearby as well as sage grouse and bighorn sheep habitat close to the impacted area.