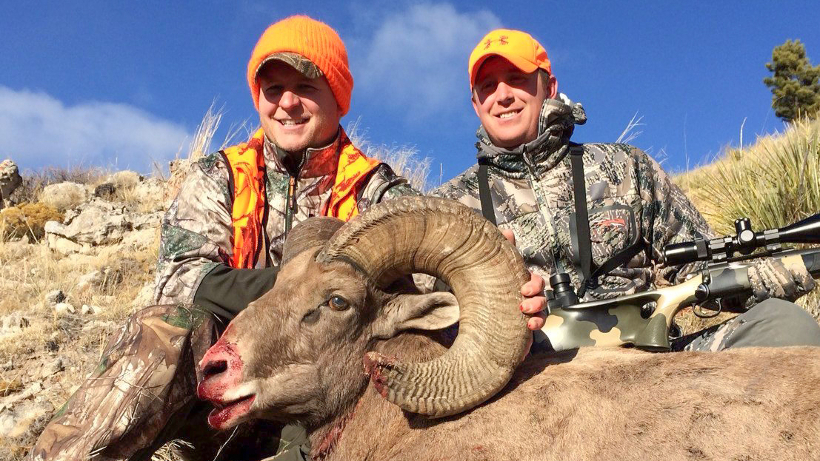 Brett Roberg is a lucky guy. Not only did he win the Nebraska bighorn sheep lottery, which meant he was the only bighorn sheep hunter within the state, but he was successful at his hunt. Roberg harvested a 10-year-old trophy-class ram on Dec. 5 at Fort Robinson State Park. The ram’s unofficial Boone & Crockett score is 166.

“This is my first big game animal I’ve been able to harvest,” Roberg told the World-Herald, noting that his prior hunting experience was mainly limited to waterfowl and upland game.

Every year Nebraska holds a bighorn hunting permit lottery only open to Nebraska residents. Entering costs $25; funds support the state’s bighorn conservation program and recovery efforts, according to The Chadron Record. Roberg says he has been applying for years. With 2,593 entries this year, Roberg had luck on his side when his name was drawn.

“I took a shot from 250 yards and dropped him,” says Roberg, who used a borrowed 7-millimeter STW rifle during the hunt. “I think it worked out about as perfect as I ever envisioned.”

While the ram he harvested could have been an easy shot on the first day, Roberg wanted to make the most of the hunt, waiting until the next day.

“I actually had to work for him pretty hard,” says Roberg. “Hiking up the buttes and just trying to track him. I’d do it all over again if I could. It’s a once-in-a-lifetime opportunity.”

Congratulations, Brett Roberg, on such a successful harvest!